The spectacular Palazzo Valentini Domus, and its interactive visit

In Rome underground, there are several remains of copious ages, and it is everywhere known you find lots and lots of them digging all around the city, as it has happened during the excavations for the built of the new underground line, discovering ancient treasures. And that is what happened when they discovered Palazzo Valentini Domus in Rome, where a museum was built in December 2010: the first interactive museum in Italy.

Palazzo Valentini and the underground treasures
Palazzo Valentini - also known as Palazzo Imperiali - was ordered by cardinal Michele Bonelli, in the 16th century, and it is situated near Piazza Venezia.
From 1873, it is the site of Provincia di Roma, and another great treasure of the Imperial age was found under it.
We are talking about the Roman Domus, greatly preserved, and the representing and incredible and surprising journey back in the time.
Its discovery was done by some experts of the area, involving several intellectuals and historians such as Pietro Angela, Gaetano Capasso, and Paco Lanciano, together with the Central Archaeological Council. A recovery plan was set on the area, where several remains were found.
They had to remove the layer ancient people used to construct the building, to save the mosaics on the floors, the thermal baths, the frescoes and other remains. The majority of them were waste. At the time, probably nobody understood the importance of the place, nowadays finally discovered.
Two enormous statues have been discovered, making historians understand the place was occupied by public buildings and famous people houses, such as senators or magistrates. During the second century, the area - also called "pantano", that means puddle - was restored by Emperor Domitian and then by Emperor Train; we can still see the fantastic column in the latter forum, telling the achievements of Dacia War.
The diggings have also found some architectural recent works, dating back the 30s. It is a very wide area, made of several underground rooms, passages and corridors bringing on the Traiano column. It surely was an air-raid shelter with an emergency exit. 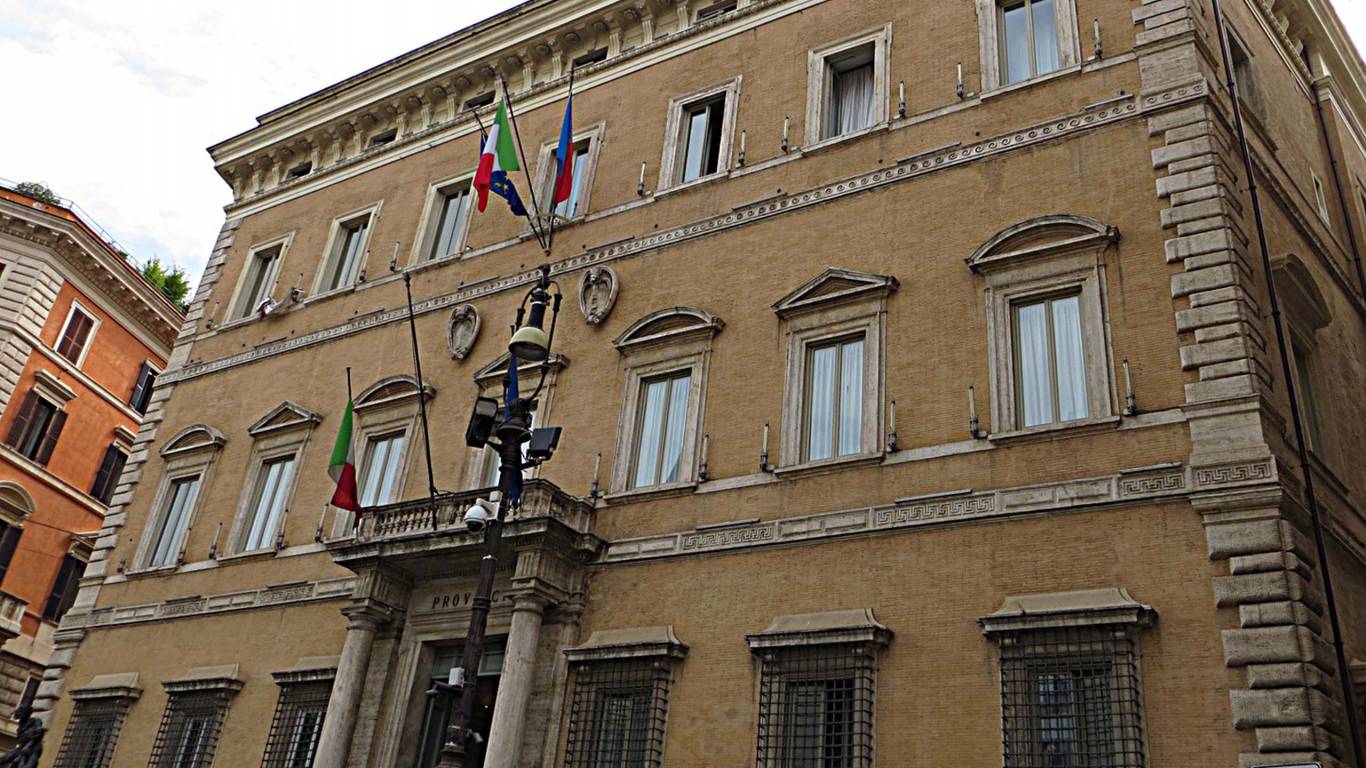 The Interactive tour in the Roman Domus
The interactive Museum in Palazzo Valentini is a suggestive experience leading visitors in a tour in the past.
A plexiglas 200 square metres structure has been built to admire the several remains founded: vases, objects, little statues, marbles, and so on. They perfectly represent the daily life of the people of the time living there, so rich they could have a private thermal baths.
In the Interactive Museum, Piero Angela will walk with you playing the role of "cicerone", telling you any details about the objects preserved in the rooms. The narrating voice is shared in the rooms by thousands of little speakers, letting you listening to the sounds in a uniform and involving way.
Special effects are obtained thanks to the virtual reality offering you the possibility to experience the places of the past.
Great lights and shades games, supported by the music will show you all the surprises of a place rich in history.
The Interactive museum of Palazzo Valentini in Rome tells the story of several layers of a period between the 2nd and 4th century A.D.
Those who visited it have discovered the incredible results you can have mixing history and technology. Present times linked to the past, to make it living in an unexpected way.

The tour in Palazzo Valentini
The interactive Museum in Palazzo Valentini has no architectural barriers, so also people with disabilities can visit it by reservation in advance. It is always full of people, and the entrance is limited to a few people, to let you perfectly observe projections on the underground and on the walls, decorated in a wonderful way.
The tour is divided in 4 parts: the apses, the central part of the domus, the remains of the stairs decorated by a mosaic and two big statues, to finally go back to the central part. You will be able to see a documentary about the Train’s column, visible through a gate in the diggings. The position will let you observe everything in a great way, and they will tell you the story of the victories emperor Train had, observing the low-reliefs.
This part was added in 2011, after having discovered other two buildings near the column. It probably is the Basilica Ulpia, surrounded by other buildings probably dedicated to meetings and a library.
The magical atmosphere of the tour is the result of a tour through everyday life places, were the domus inhabitants spent their free time, in the thermal baths for example. You can still see the channels bringing water in the private houses, a rare privilege at the time.
You will be able to observe the real reconstruction of the rooms, especially in the final part where you will be able to see a three-dimensional sample of the ancient Roman house.
Imagine you are the guests of the owner of the domus, surrounded by the wonderful beauty of the place.
Stuccoes, decorations, multi-colored marbles, frescoes, mosaics, fountains, furniture, and so on will live once again, in the original colours.
You will travel back in time from the underground to the “impluvium”, observing mosaics and the “peristilium” room.
We suggest you to book the tour in advancem, as many people visit it.