Rome at the table: first courses, the main dishes of the Roman culinary tradition

Rome is the capital of Italy, the country par excellence of good food. Every town in the Belpaese boasts its own traditional cuisine and the Lazio capital is no exception. On the contrary, often underestimated, Roman cuisine offers taste and variety even to the most demanding palates. On the other hand, since the ancient times, eating and drinking have always been the convivial activities that have characterized the Roman social life, which has never disdained a succulent meal and a good glass of wine to share with friends and relatives.
Celebrated in the poems of Trilussa and exalted in the song of the singer Gabriella Ferri, "The society of the magnaccioni", the proverbial love of the Romans for food has meant that the culinary tradition of the city is today one more reason to visit the Capital.

Roman cuisine: poor but nourishing
Rome has always been a consumer of food, more than a food producer, ever since it imported tons of wheat from ancient Egypt. Over the centuries, all food production was entrusted to the outskirts of the capital: to the countryside that stretched as far as the eye could see towards the south, where mainly vegetables were produced and poultry was bred, and to the Umbrian hills, from where oil and pigs cam, for satisfying the Romans strong consumers.
The traditional Roman cuisine is intimately linked to the peasant and pastoral vocation of the region and it is characterized by abundant and very nutritious dishes. The recipes have been handed down, always the same, from generation to generation and there is no Roman who has not heard, at least once in his life, "Thursday gnocchi, Friday fish, Saturday tripe". In this proverb, there is all the tradition of Roman cuisine: on Thursday we stuffed ourselves with a nice plate of gnocchi to be able to face Friday better when, by Catholic tradition, we had to eat "skinny food". On Saturday, then, it was the day of animals slaughtering, and the people, who certainly could not afford the finest parts of the animal, contented themselves with the entrails and offal, the so-called "quinto quarto", so that liver, spleen, intestine, heart, kidneys and lungs. On feast days, however, the meat appeared on the tables of all the Romans: chicken and pork in the homes of the less wealthy, while the richest could afford beef and sheep.
Despite the multiculturalism and modernity, even today the Romans keep their traditions alive in the kitchen and, during the festivities, it is a must to present at least one typical dish of the city's gastronomic culture.

First courses of Roman cuisine
Pasta is the queen of Roman cuisine. Long, short or filled, it is cooked in many ways, sometimes in the form of the so-called "pastasciutta", or soup. The format of the pasta should always be strictly respected: the dressing can even be the same, but cooking a Carbonara with "penne" will not have the same masterful effect as when it is made with Spaghetti. It will seem strange to you, but the type of pasta is essential for the success of Roman recipes, designed and tailored to exalt the taste of "linguine", "fettuccine", "penne" and "rigatoni".
The culinary tradition of Rome has its roots in the peasant culture, therefore most of the recipes with pasta will include cheese, including Pecorino, eggs, pepper, chilli pepper and all the herbs: sage, rosemary, laurel, basil and parsley are essential to prepare any recipe and, even today, in the capital markets they are sold everywhere, tied in small bunches. And now, let's make our mouths water: let's go into the best dishes of the Roman tradition! 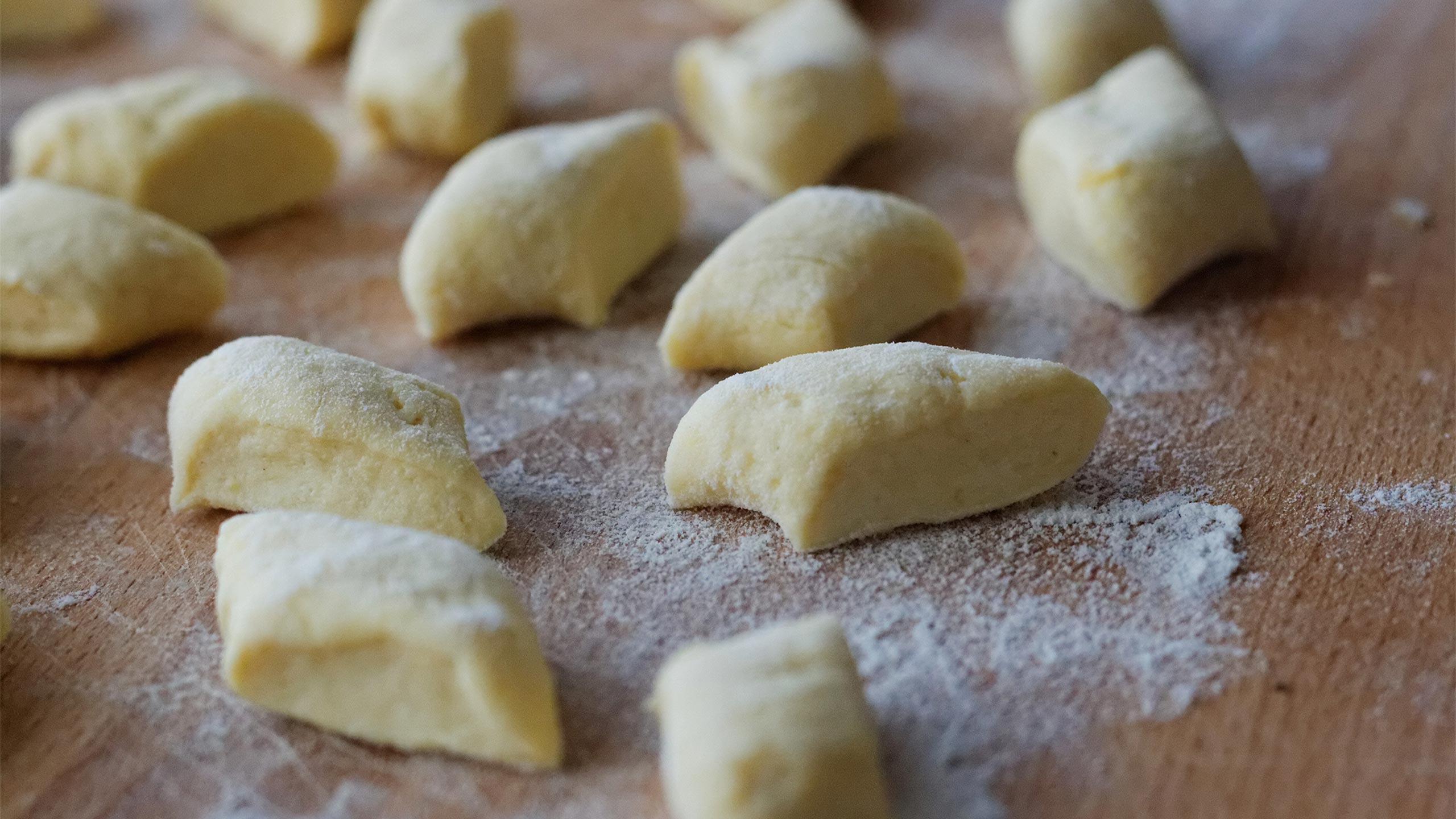 Simple ingredients for explosive first courses
Among the most representative dishes of Rome, there is no doubt, the first courses based on Pecorino cheese stand out. This strong-flavoured cheese is the protagonist of Tonnarelli cacio e pepe, a simple and tasty dish invented by the ancient shepherds of the Capital, who had no difficulty in bringing with them the only three necessary ingredients for this masterpiece: pasta, Pecorino and pepper. Pecorino also plays a leading role in Bucatini all'amatriciana, giving an unmistakable flavour to tomato sauce, embellished by pieces of cheek lard, as the most genuine Roman tradition requires.
If you don't like tomatoes, taste the Spaghetti alla Gricia: same ingredients, but without sauce, for a simple pasta dish, enriched by the full taste of the cheek lard. And talking about cheek lard, let's move on to the Carbonara, which is traditionally cooked with Spaghetti, but some highly appreciated variants serve it with Rigatoni. The secret is in the egg: it must not be cooked, but merged with the cooking water, creating, by the help of Pecorino, a dense sauce with pieces of cheek lard previously browned. A delight for the eye and the palate! The most majestic first course of Rome is strong stomachs: the Rigatoni co' la pajata. Made famous by Alberto Sordi in the "Marchese del Grillo", in this dish, Rigatoni sink in a dense sauce, flavoured by the small intestine of the milk-fed little calf, cooked for a long time with lard and cloves. Perhaps, it was better to taste it, before knowing what it contained!
The long succession of Roman first courses can end only with the Spaghetti with garlic, oil and chilli: 3 simple ingredients to season Spaghetti strictly... "al dente"! It seems easy, but don't get fooled: dosing the components of this recipe requires wisdom and skill. Better to look for a good restaurant and have it prepared by a Roman DOC.

Traditional soups
The peasant tradition of Roman cuisine is easily understood by its soups. Very famous and appreciated by children, Stracciatella is a genuine dish based on meat broth, in which you have to "swats" an egg, which when cooked forms a sort of "strips", hence the name. The famous Pasta and chickpeas, with abundant addition of chilli, is another classic of the cold Roman evenings: prepared with "mezze maniche" directly with legumes, previously boiled, it is made even more tasty if a part of them is reduced to purée, ensuring a higher density, which makes it like a soup.

Fish first courses
Rome rises near the sea, so in its culinary tradition fish recipes could not miss. Tonnarelli with tuna are a typical Christmas dish: the pasta is similar to Spaghetti, but it is even thicker and rougher, ensuring the right grip for the tuna tomato sauce.
The list is completed by the Spaghetti with donaxes - plentiful on the Roman coast until a few time ago, collected at dawn, then sold at the several fish markets of Rome - and the famous mussel soup, served in all the restaurants of Ostia, as a cornerstone of the Roman tradition. Now that you know the cuisine of Rome, all you have to do is to reach the capital and enjoy a long food tour of the best restaurants in the city.