Over 20,000 works from Canova to Monet, from Hayez to Klimt at the GNAM, the Galleria Nazionale d'Arte Moderna, in Rome

The Galleria Nazionale di Arte Moderna e Contemporanea in Rome is situated in Parioli district, in Valle Giulia, and its Foundation dates back to 1833, just 13 years after the annexation of Rome to the Italian nation.
The museum contains more than 20000 works, collected in a single area of inestimable value, and given to the city to celebrate the artists of the 19th and 20th centuries.

The history of the Galleria Nazionale di Arte Moderna e Contemporanea
The foundation of the Galleria Nazionale di Arte Moderna e Contemporanea was an idea by the then minister of the Education Guido Baccelli, as he understood the importance of giving a space to art and culture, in order to represent a modern cultural meeting point in Rome.
The works in the museum became day by day more numerous, so that the first location in Via Nazionale - not far from Termini station - became insufficient to host all of them.
There was also the problem of moving them every time they used to set a temporary exhibition. For this reason, in 1911, in the occasion of the 50 years anniversary from the unity of Italy, they thought to find a new location for the Galleria Nazionale di Arte Moderna e Contemporanea, in Valle Giulia. At the time, the area could still be considered suburban. The palace - still welcoming new works - was designed by Cesare Bazzani, a Roman architect responsible of the Fatebenefratelli Hospital built, on the Tiberina Island, and the building of the Ministry of the Education in Trastevere. To the first building, a new one was added in 1933, so doubling the space available, where you can nowadays find the works of the artists of the 20th century.
The Galleria Nazionale d'Arte Moderna e Contemporanea in Rome is famous to host more than 20000 works - including paintings, prints, sculptures, and drawings - in 55 rooms. Being a Superintendence Special Museum, the managers have complete freedom in planning its organization, trying to give the best cultural offer they can, enhancing the one-of-a kind works they host. It is a record museum also because it is the only one dedicated to modern art in the country. The other museums in the city don't have an independent organization, but they depend on the municipality. Over the years, its privileged position has always fascinated tourists and visitors from all over the world, giving them the opportunity to discover masterpieces by Monet, Canova, Hayez, and Klimt. But we have to say the museum has faced hard moments in its history, such as the period of the first and second world wars, when the bombs forced the than director Palma Bucarelli to move some works away from the museum, to put them in a location in Viterbo, to lately move them back to Rome, in Castel Sant'Angelo.

A visit to the Galleria Nazionale d'Arte Moderna e Contemporanea in Rome is a tour around the wonderful artists telling you about this time, they're emotions, their lives, their delusions, the struggles, politics, and the wars of their time.
You will also find some less famous artists' works, showing some wonderful moments about the city and the countryside. Among them, Onorato Carlandi shows his painting "Tramonto romano" - "The Roman sunset" - from 1892, representing the Roman countryside coloured by the red sun mirroring itself on the tuff.
It's just a quotation of what you can find in the museum, as it really deserves a visit to discover several unknown masterpieces. 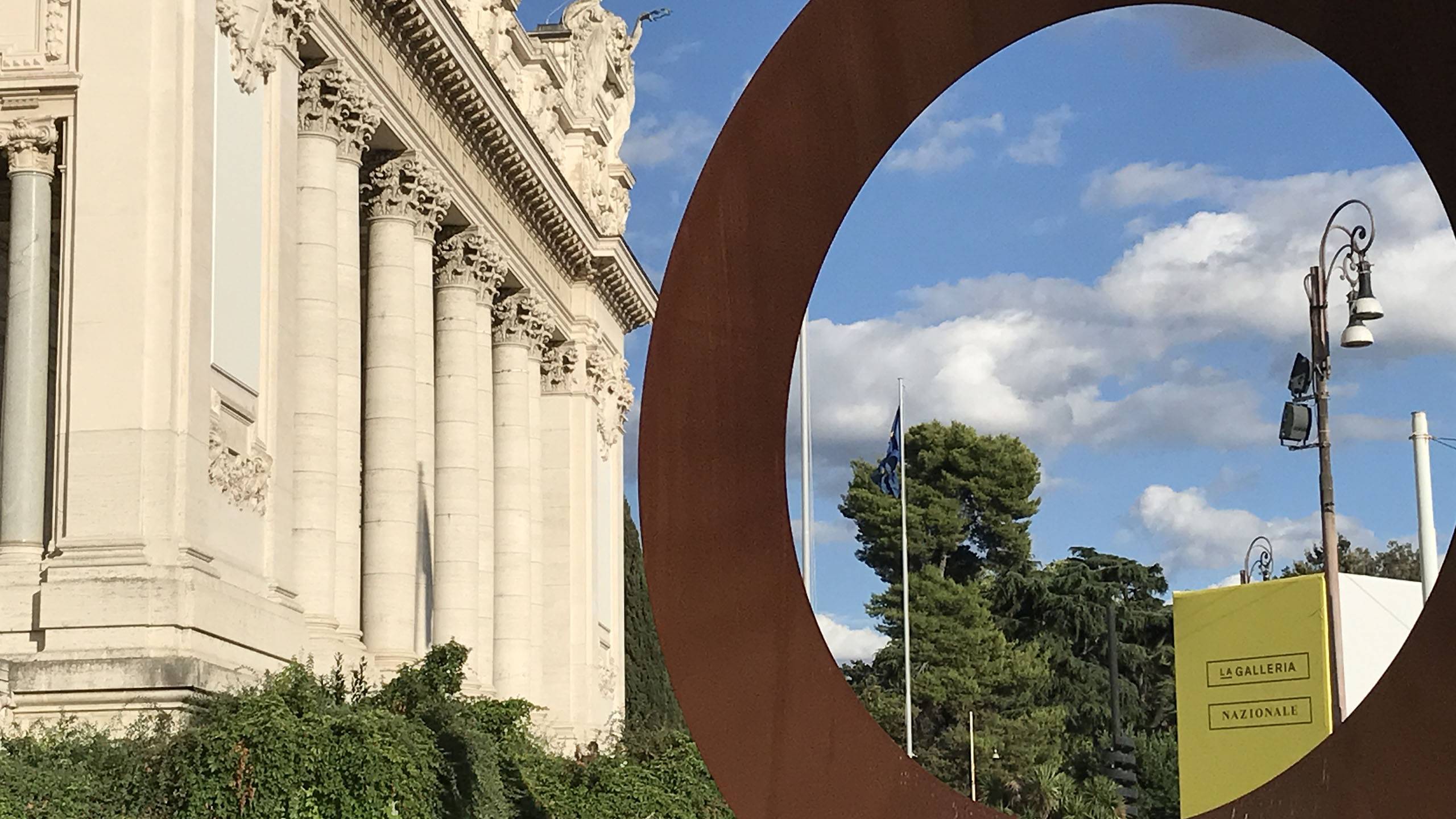 The structure of the museum
The museum is nowadays divided in theme rooms, not always containing works connected by a chronological order, to promote the experimentation of an independent organization. For this reason, for example, in the Sala del Giardiniere - the Gardener room, taking its name from Vincent Van Gogh’ famous work with the same name, from 1889 - you will discover some Impressionists of the school of Paris, including some Italian artists, such as Vittorio Matteo Corcos and his work "Sogni" - "Dreams", from 1896 -, and Giovanni Boldini, showing his work dedicated to Giuseppe Verdi, from 1886.
Among the French Impressionists, you will see some works from a period between 1886 and 1906, by Paul Cezanne, Claude Monet, Edgard Degas, and Gustave Coubert. In the Salone Ercole, you will discover Neo-classic and Romantic works, showing masterpieces until the late 18th century.
In this room, you can admire the splendid sculptural group by Antonio Canova, "Hercules and Lichas", completed after many years, in 1815. According to the style of the artist, it is a great masterpiece showing the moment in which Hercules, suffering a terrible pain because of the poison Nessus tunic was soaked with, kills Lichas.
In addition to it, there are other 12 statues representing some Olympus goddesses. By Francesco Hayez, you can admire the painting of "I Vespri Siciliani", from 1864. In room 9, hosting Giordano Bruno statue in the middle, very similar to the one situated in Campo de' Fiori, there are the works connected to the Italian Risorgimento.

The subjects are battles painted on large canvases, offering you a surprising glance. Adolfo Tommasi and Dogali’ works show you the colonial conquests and consequent emigration flows. The Sala 1, lately renamed Roma 1911, is dedicated to the 50th anniversary of the unity of Italy, when an international exhibition was set. You will discover the statue by Auguste Rodin "L'età del bronzo" - "The bronze age", from 1886 - a male nude 1 metre and 80 cm tall; also was probably tormented by this work, as he made several reproductions of the same sculptures.
There is also another painting representing the Roman countryside, by the painter Enrico Coleman, from 1895.

In the Sala della Psiche there are other important works. The room takes its name by the marble statue by Pietro Tenerani, from 1822, representing a girl, in love with God Eros, fainting after having been poisoned by Venus, jealous of her beauty. The room is dedicated to the representatives of Purism, inspired to Raffaello Sanzio and Cimabue.
There are also paintings by Tommaso Minardi, with the "Madonna del Rosario" from 1840, and the painting "Paesaggio" by Marianne Candidi Dionigi, from 1798. At the museum, you can also take a break at the bar and in the shopping area, or visiting the library to discover some books. Workshops, seminars, cultural meetings, and temporary exhibitions regularly take place.