Holidays in Rome: the sea of Rome and the most beautiful beaches, just a few minutes from the capital

If you are planning a vacation in Rome in the next summer, we can recommend you the 5 most beautiful beaches around the capital, all reachable in a short time from the eternal city. A stay in the Urbs is not exclusively synonymous with historical monuments and museums, but also with parks and nature. As during the summer season tens of thousands of people come to Rome to discover the wonders of the historical centre, thousands of tourists and foreign visitors give themselves a weekend of absolute relaxation on one of the beaches located just minutes from the capital.
The best known is Ostia, also called the beach of Rome since it is a fraction of the Capitoline city. It is impossible not to mention the beach of Ladispoli, one of the most popular in the entire Lazio region. Halfway between Ostia and Ladispoli there is the beach of Fregene (part of the municipality of Fiumicino), although lately the erosion phenomenon is undermining its existence. Ardea, Anzio and Nettuno are also worth of mention, if we refer to the seaside destinations located south of Rome in a 60 km area. We will now show you the most beautiful beaches chosen by the inhabitants of Rome for their holidays and that boast a constant influx of tourists during the entire summer season.

The closest beaches around Rome: Ostia and Fiumicino
The two closest seaside resorts are Ostia and Fiumicino. The first is a fraction of "Roma Capitale" and its beaches are called "the beaches of the Romans". Among all, the most important is near the Lido di Ostia and it includes both free and paid sections of coast. The beach of Lido di Ostia is equipped with restaurants and bars, so it is able to offer a complete experience if you choose it as your relaxing corner for a week-long or multi-day vacation in Rome. It is characterized by a fine sand and by a pinewood just a few meters away. The driving distance from the centre of Rome is just 30 km. The first beaches of the municipality of Fiumicino are separated by less than 10 km from Lido di Ostia. The nearest is Focene, known among the inhabitants of the capital for its long beaches and fine sand. Unlike Lido di Ostia, Focene is less frequented during the high season.
The same cannot be said for the second free beach of Fiumicino, one of the most famous near Rome: Fregene, located 9 km north of Focene and about 30 km from the centre of the capital. Every year, Fregene hosts hundreds of famous people. The other two free beaches included in the municipality of Fiumicino are Lido di Palidoro and Passoscuro. The first is part of the National Natural Park of the Roman coast, and the second can be considered as the true hidden jewel of the entire area, thanks to its transparent water and shallow seabed, ideal for families with children or for those not able to swim. 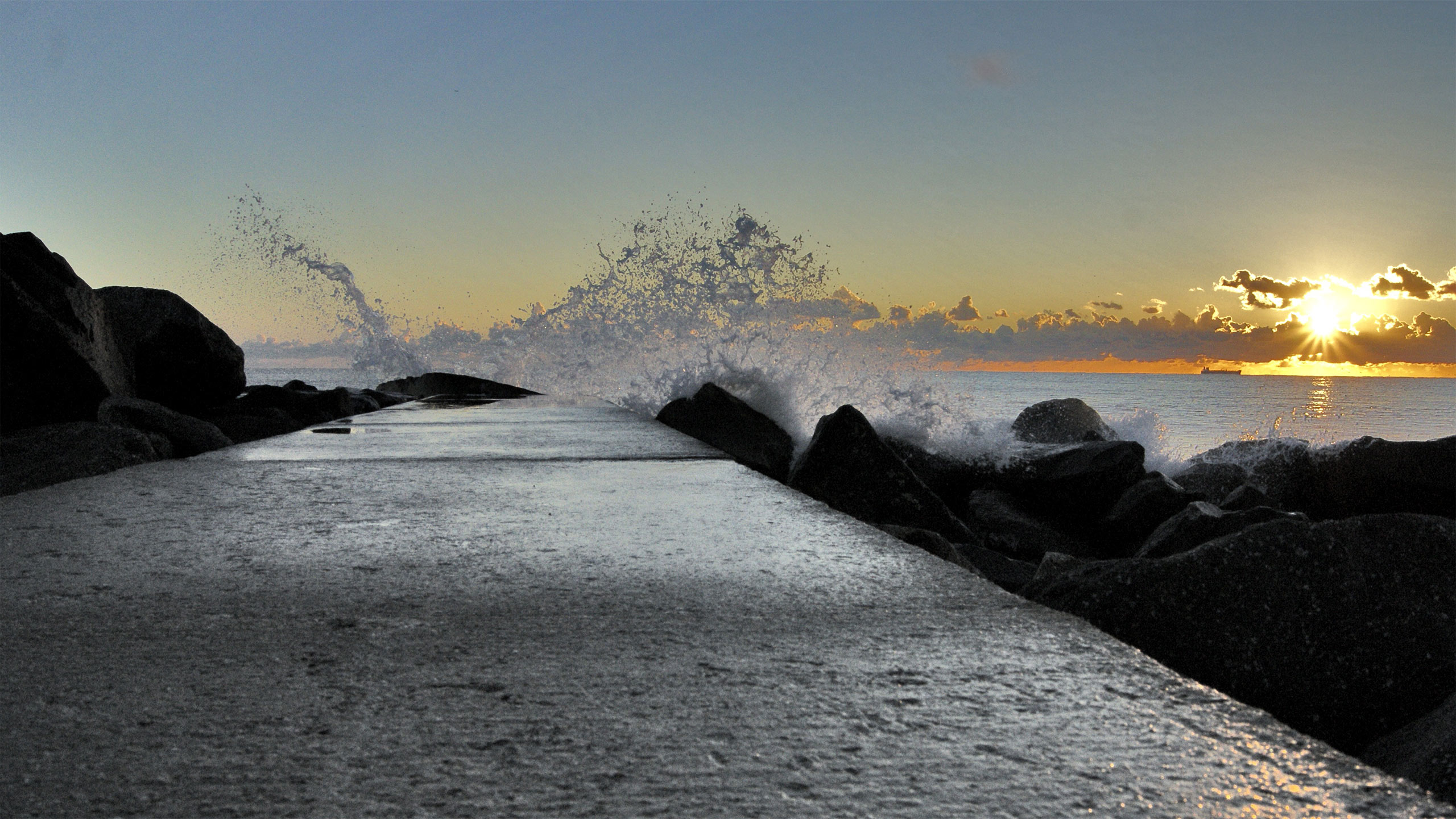 Beaches in the north of Rome: Ladispoli, Marina di Cerveteri and Santa Marinella
Compared to the free beaches of Fiumicino, the towns of Ladispoli, Marina di Cerveteri and Santa Marinella are located further north. They can be reached from Rome within an hour. Santa Marinella, the furthest municipality of the three, is 70 km away. By now, Ladispoli is the busiest beach of all those located in the north of Rome, within 50 km. The other free beaches are Palo beach, Marina di San Nicola and Torre Flavia. In addition to bars and restaurants, there are also numerous accommodations, including hotels, resorts and bed and breakfasts. It is no coincidence that the beach of Ladispoli is among the most visited in the entire Lazio region.
You can reach it by taking the Rome-Fiumicino motorway at the beginning, then taking the exit for Porto Civitavecchia/Fregene and continuing by the E80 until the exit for Cerveteri/Ladispoli. Less than 5 km separate Ladispoli from the beach of Marina di Cerveteri. The large presence of hotels and bed and breakfasts is the direct evidence of the influx of tourists the Roman town records during the summer season. If you have chosen it as your seaside destination for your next vacation in Rome, we recommend you take the free beaches of Campo di Mare and Cerenova as a benchmark. Between the two, the best is that of Cerenova, with fine sand and a smaller number of tourists from June to September.
Of all the places we talked about, the beach of Santa Marinella is the farthest from the capital (70 km). Over the years, the municipality located halfway between Civitavecchia and Santa Severa has earned the title of Pearl of the Mediterranean. The water is clear, the seabed has a rich variety of marine plants. Santa Marinella beach is suitable for both children and families from the capital and the nearest towns to enjoy the summer sun a few kilometres south of Civitavecchia.

Beaches in the south of Rome: Ardea, Anzio and Nettuno
The top of the most beautiful beaches in the south of Rome is occupied by the towns of Ardea, Anzio and Nettuno (the farthest of the three, about 60 km away from the Italian capital). Departing by car from the Eternal City, the first municipality you meet is Ardea, about 20 km away. The two seaside resorts of reference are Tor San Lorenzo and Marina di Ardea. Both have a high turnout of tourists and provide services such as bars and restaurants just a few hundred metres from the coast. About 15 km from the hamlet of Marina di Ardea Anzio rises, with its renowned long beaches, especially suitable for families with children.
Anzio is also a strategic position for connections with the nearby island of Ponza. From its marina, hydrofoils and ferries leave for the Pontine archipelago. A few kilometres from Anzio, you finally find Nettuno. Fine and golden sand, modern accommodations, tourist port: the seaside area of Nettuno has anything you need to host people at best, allowing them to discover the beauty of the Roman sea.