Holidays in Rome: the Caffarella, a park rich in history and nature, now part of the Parkrun circuit

The Caffarella Park is located within Appia Antica Regional Park, a green lung for the citizens and want to take a walk outdoors.

History of Caffarella Park: the green lung of Rome
The Valle della Caffarella was created by the Almone river and, for this reason, it is an area still rich in water with slopes and springs, located along the way from Via Appia Antica to Via Latina. The name comes from the ancient Caffarelli family, owner of the estate once extended right along the valley. After a series of sales among noble families, in 1996, the Caffarella area was abandoned. For this reason, a redevelopment project was created thanks to the associations of citizens that still deal with the entire perimeter. It is one of the largest parks in Rome as well as in Europe with its almost 140 hectares of public green areas. Inside of it, is also possible to admire architectural works such as the Constantinian Columbarium, the Nymphaeum of Egeria, the church of Sant'Urbano and the famous Casale della Vaccareccia, where one of the towers in the Middle Ages overlooked the Roman countryside.
The vegetation of the park is composed of flat areas and other wall areas, there are many plants and for the most part the vegetation is spontaneous. The flora is also well diversified, based on a majority of wooded areas and other typically Mediterranean parts. Those who visit the park can take a nature walk, getting lost in the green valley and admiring the history that goes back 360,000 years ago. However, a walk to study the monuments widely quoted in literature by Pasolini, Pratilli and Ovid can also be very peculiar. For those who are expert or want to experience organized walk-tours, can take advantage of visiting all the main places of artistic, historical and naturalistic importance in the Caffarella park. There are special tours (completely free and bookable by the website) are suitable for any age and based on physical training, as the vastness of the park can make the walk hard for those who visit the park for the first time without being supported by a guide. 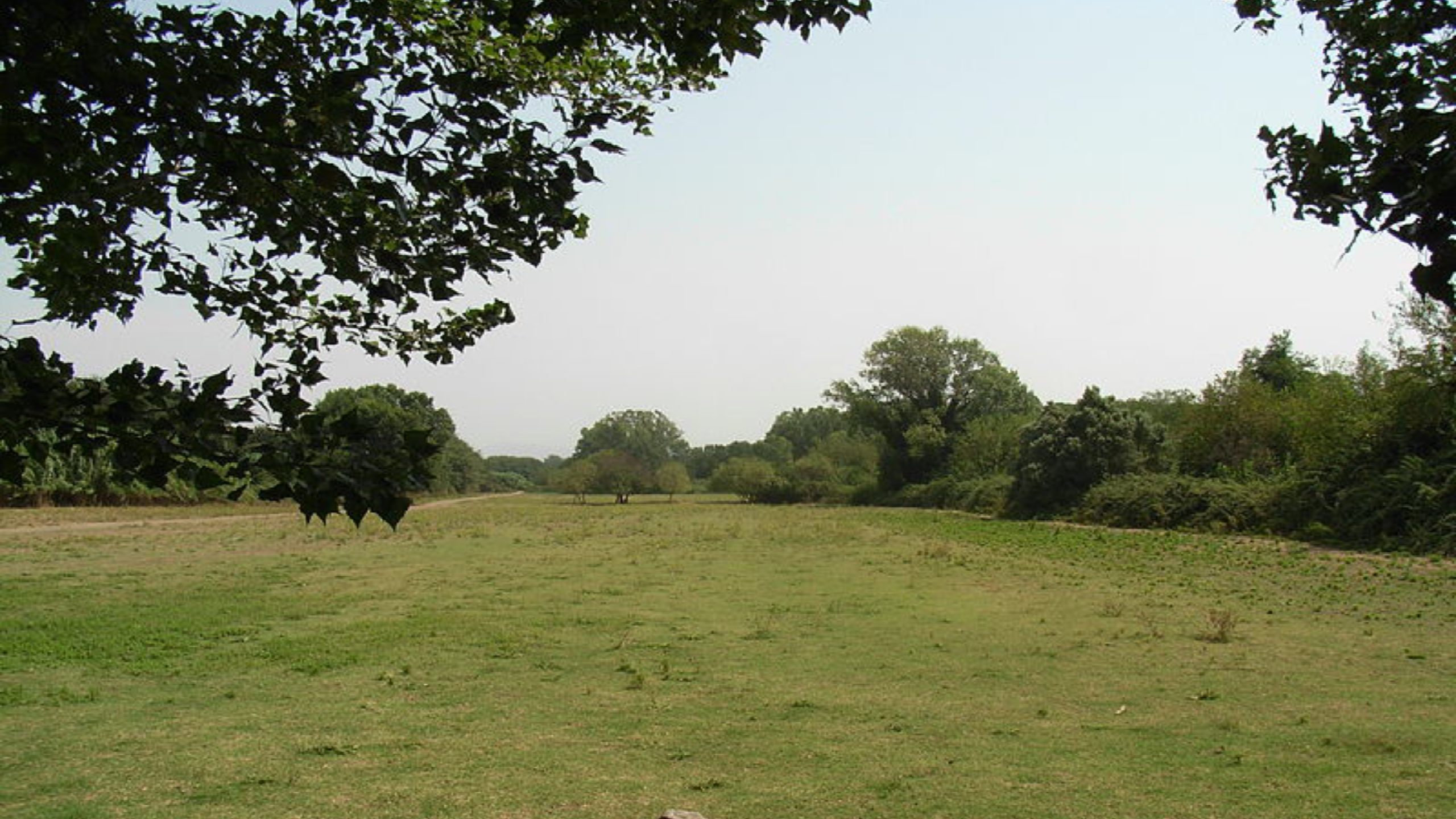 Walking around the historical architecture of the Caffarella Park
In the past, the park was where noble residences and tombs were built. Even today, it is possible to see some remains of archaeological value placed inside the Caffarella. In the valley, there are many species of flora and fauna, however due to the overbuilding of the adjacent area there has been a great change compared to the past.
Whoever visits Rome cannot miss this symbolic place of the countryside that in the seventeenth century saw the great Flemish, Dutch and Italian artists give life to the Bamboccianti school. Even Goethe passed there, during his trip to Italy in 1786, reporting and noting the beauty of those places. It was not the only one as history teaches us: during Roman times, the land named Pago Triopio owned by Herod, was near the tomb of his beloved, Annia Regilla. Burials emerged during excavations along Via Appia. In the medieval period, the Caetani family was involved in the built of the tower to defend the area, with the three others. Today the tower is still visible even if part of a taller building. According to what Eufrosino wrote, in 1500, the area was used for washing and beating clothes when the city was invaded by the plague.
Walking in the park, it is impossible not to discover the ruins of Egeria's Nymphaeum. This cave was a hydraulic construction belonging to Herod's residence: the name was wrongly attributed as they believed it was the source of the nymph. The Nymphaeum was also restored over the centuries, so there are architectural features that do not correspond to the age of the first building: once it was made of white and green marble, with a rectangular room. There, you see the Sacred Wood. Later, instead, there is the ancient temple dedicated to Ceres and Faustina, lately become the church of Sant'Urbano. However, the bricks of the Roman columns are still visible. The cistern dating back to the 1st century AD also served to collect rainwater to irrigate the fields. The Constantinian Columbarium is a two-floors sepulcher, transformed into a mill in medieval times.

Useful information to plan the visit to the park
You can get to the park it by underground A - Colli Albani Parco Appia Antica or by buses 118 and 87. The park has several entrances, the main ones are along Via della Caffarella, Via Latina, and Largo Tacchi Venturi. Inside, there are various services available for guided excursions and for having a coffee break. Car parking is also available for those arriving by car. Internally, there are many educational areas perfect for the whole family, offering free wifi and a rental bicycles service. Being a very large space, it is important to wear appropriate clothing if you want to take a long walk. Concerning internal goods, the Annia Regilla Sepulcher is open only on Saturdays and Sundays from 10am to 4pm and until 6pm in summer. The church of Sant'Urbano, on the other hand, is only open when guided tours are organized.

Caffarella: partner of the Parkrun circuit
The park is among the beauties part of the Parkrun project, a national organization that plans large projects in the area, with events dedicated to running and nature. Totally free rides have been organized for long and dirt tracks. It is a great idea to involve citizens in the rediscovery of territorial beauties, combining the possibility of doing some healthy sport together and, at the same time, getting to know each other, sharing new interests. At the end of each event, all results are recorded to analyse their progress, skills and relationship based on their age.