Discovering Lazio: a trip to Ariccia and its Fraschette...

A holiday in Rome allows you to immerse yourself in the millennial history of this city, among spectacular monuments such as the Colosseum, the Imperial Forums, the Pantheon and the iconic squares of the city. However, if during your stay in Rome you want to get away from the chaos of the city and the crowds of tourists, then head east where the picturesque area of the Castelli Romani stands. In particular, between Lake Nemi and Lake Albano you will find yourself visiting one of the most characteristic villages in Italy: it is Ariccia which, thanks to its remarkable artistic heritage and its long food and wine tradition, will make your trip truly unforgettable.

The birth of the Fraschette di Ariccia
Ariccia rises at the foot of Monte Cavo, on a tuff cliff overlooking the fertile Vallericcia. According to Ovid, Ariccia was founded by Hippolytus, son of Theseus: after escaping from his Greece, Hippolytus was welcomed by Artemis to the Lake of Nemi where his sacred wood stood. Setting aside the legend, history tells us about ancient Ariccia as the scene of the battle between the Etruscans and the Latins for dominion over central Italy, and then became a "mansio" with the arrival of the Romans in the IV BC.
As a post office therefore, Ariccia began to be frequented by wayfarers and then became a popular holiday destination for the wealthier classes who built their homes here. The fraschette, typical taverns teeming with Castelli Romani, date back to this period: their name seems to refer to ancient houses built with branches, even if the other theory refers to the custom of winemakers who, immediately after the harvest, they hung a branch obtained from the olive tree or the vine at the entrance of their premises. This served to signal the wayfarers the existence of a place where they could taste their wine, the same nectar that still today conquers admirers all over the world. However, there was no real kitchen and guests could only consume the food that they possibly had with them in the bundles. Over time, however, foodstuffs such as olives, bread, cheeses and the inevitable porchetta began to emerge in the inns.
In today's fraschette, you will find the original and simple environment, between wooden benches and barrels: the atmosphere is truly incredible, typical of times long gone, with songs and poems part of the vernacular that will brighten your tasty lunches. Speaking about local food, you cannot fail to taste the porchetta from Ariccia, a real delight with its crispy exterior and unmistakable smell. If you go to Ariccia in the first weekend of September, you can experience the ancient Porchetta Festival which, between tastings, dances and period costumes, takes place in the beautiful Piazza di Corte. 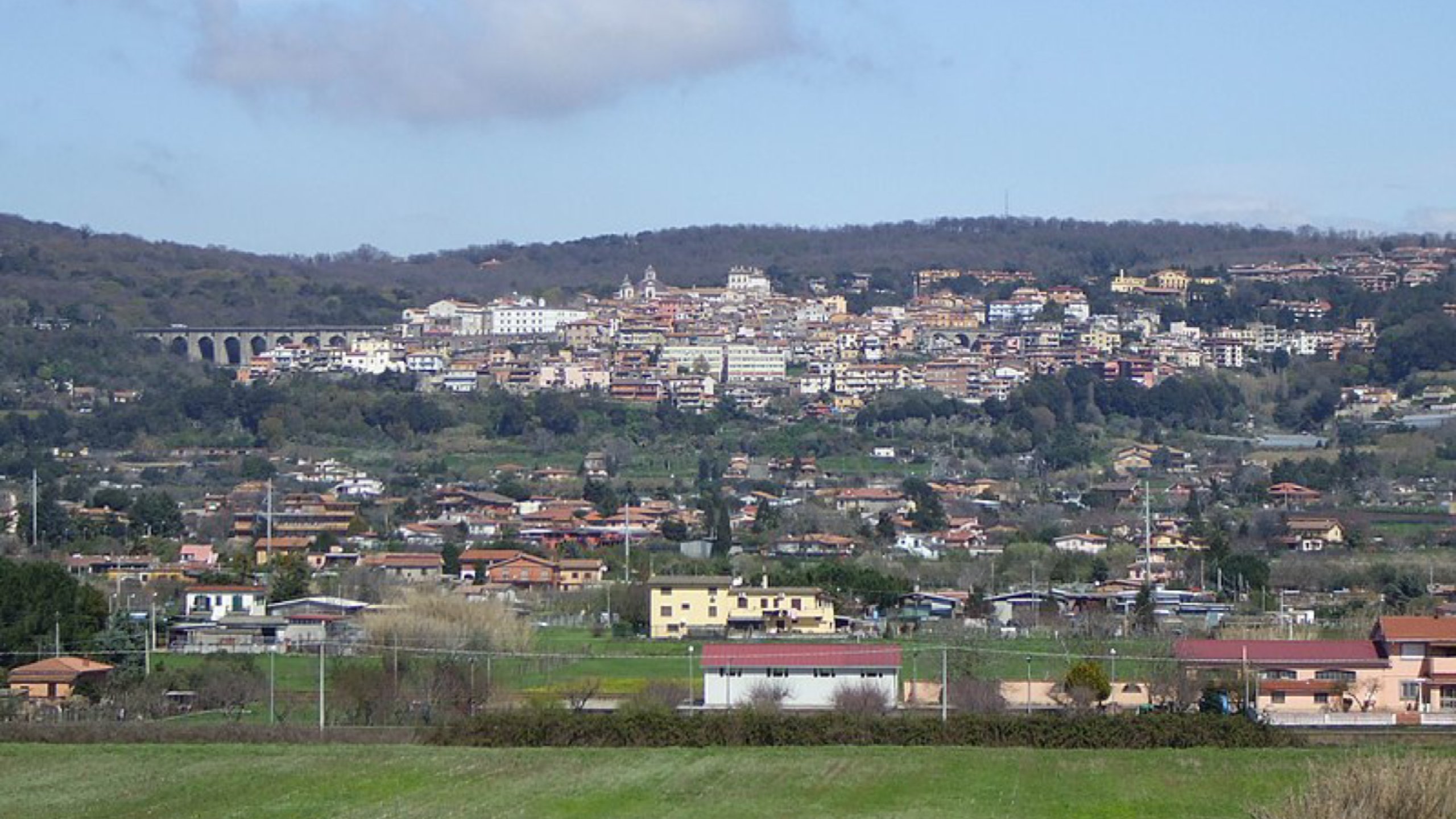 Ariccia in Bernini's sign
Walking through the alleys of the historical centre of Ariccia, paved with cobblestones, among ancient ovens illuminated by the soft evening light, you reach the central Piazza di Corte, redesigned by Gian Lorenzo Bernini along with other symbolic monuments of the city. In the square, you can see the Fontana del Popolo and the Fontana del Principe, practically identical in the piper tub and in the smaller travertine supported by a stem: observing the latter you will notice the difference between the two fountains, as on the fountain stem del Principe you can distinguish the star proper to the coat of arms of the Chigi, while in the other that of the people, or a flower.
Behind the fountains you will notice the profile of the imposing Collegiate Church of Santa Maria Assunta, always designed by Bernini at the behest of the Chigi family: you will find yourself in front of a work considered perfect from an architectural point of view. The church, completed in 1665, is low and at the sides of the entrance there are two porticoes, part of an exedra that seems to enclose the central body of the church in an embrace: then looking up you can admire the dome, very similar to that of the Pantheon in Rome.
On the opposite side instead the elegant Palazzo Chigi stands, once owned by the Savelli's but restored by the genius of Bernini who made it one of the most beautiful baroque residences in Italy, also the protagonist of some scenes of Luchino Visconti's "Leopard". Visit the sumptuous interiors, including frescoes, sculptures and walls covered with silk brocades: enjoy the double heights of the Sala Maestra, the bucolic decorations of the Summer Dining Room or the pomp of the rooms on the Noble Floor, furnished with those rich gifts that the Chigi received from popes and cardinals.

From the Chigi Park to the Ponte di Ariccia
The last gem in Piazza di Corte is the Locanda Martorelli: entering it will certainly not seem like a tavern, yet this elegant residence was transformed in 1820 into an inn. It became a place loved by writers and artists such as Stendhal, D'Azeglio and Turner: all left a sign of their passage, a signature, a drawing, a phrase or a fresco like the splendid one created by Taddeo Kuntze with a mythological theme, with scenes drawn from Virgil's Aeneid. Another beauty of Ariccia is the Chigi Park: this green area, now part of the Castelli Romani Regional Park, is a true spectacle of nature partly shaped by Bernini and Carlo Fontana. Deciduous trees, maples, large sequoias, holm oaks and cedars shade winding paths dotted with coats of arms, masks and stone fountains. If today it seems a remote place, between the eighteenth and nineteenth centuries the Chigi Park was so beautiful that it was defined by artists such as Stendhal and Turner as one of the most beautiful parks in the world.
The Ariccia bridge is one of the most scenic monuments in the city: 59 metres high and with three orders of elegant arches, this engineering work was born to connect Ariccia to the Via Appia and Vallericcia. You should actually know that Ariccia originally stood in the valley and only after the continuous invasions of the barbarians it was decided to transfer it on the hill. Today, the bridge majestically rises, but during the Second World War it got completely destroyed as it happened for the nearby Palazzo Chigi: both, however, were reborn as a Phoenix, still showing themselves today in all their monumental beauty.