Planning a holiday in Italy, especially in Lazio, the choice predictably is Rome and its beauties, as many rankings consider it as 'a must to see at least once lifetime'.
The Eternal City is a magical place where to live unique experiences and emotions no other capital in the world is able to give: among its streets, you can breathe history, at the table you can taste the flavours of the past, every corner, even the more hidden, of the historical centre preserves memories, fun facts or anecdotes giving it an inestimable value.
Rome, however, is not the only noteworthy location in Lazio. In its surroundings it is actually possible to visit some of the most beautiful and peculiar villages of Italy, able to excite the visitors and leave them an indelible memory.
Among the numerous places around Rome that deserve to be visited, this short guide will suggest you Tivoli, a town immersed in the valley of the Aniene river: over the centuries, it has been the favourite holiday destination of royal people from all over Europe.

Tivoli: a village to be discovered
About 30 kilometres from Rome, Tivoli is a town on the banks of the river Aniene with a thousand-year long history. Founded in 1215 BC, Tivoli has been the destination of royal people, poets, artists and writers from all over the world for centuries: all of them faced long and tortuous journeys to admire its beauty and experience its tranquility.
Today, the city is known to tourists for its thermal baths and for its historical and majestic residences welcoming thousands of visitors from every part of Italy and the world every year: Villa d'Este, Villa Gregoriana and Villa Adriana, worthy of a special mention as a UNESCO heritage site since 1999.
So, if you have chosen to spend not only a weekend in Rome, but a few days discovering Lazio with your friends, family or colleagues, we suggest you to go through the evocative and peculiar Tivoli, immerse yourself in its thermal baths, admire the views and visit its historical residences.
Even if they all deserve to be seen, if you really don't have much time and you have to make a choice, we suggest you to visit the marvelous Villa Adriana, a UNESCO World Heritage Site. 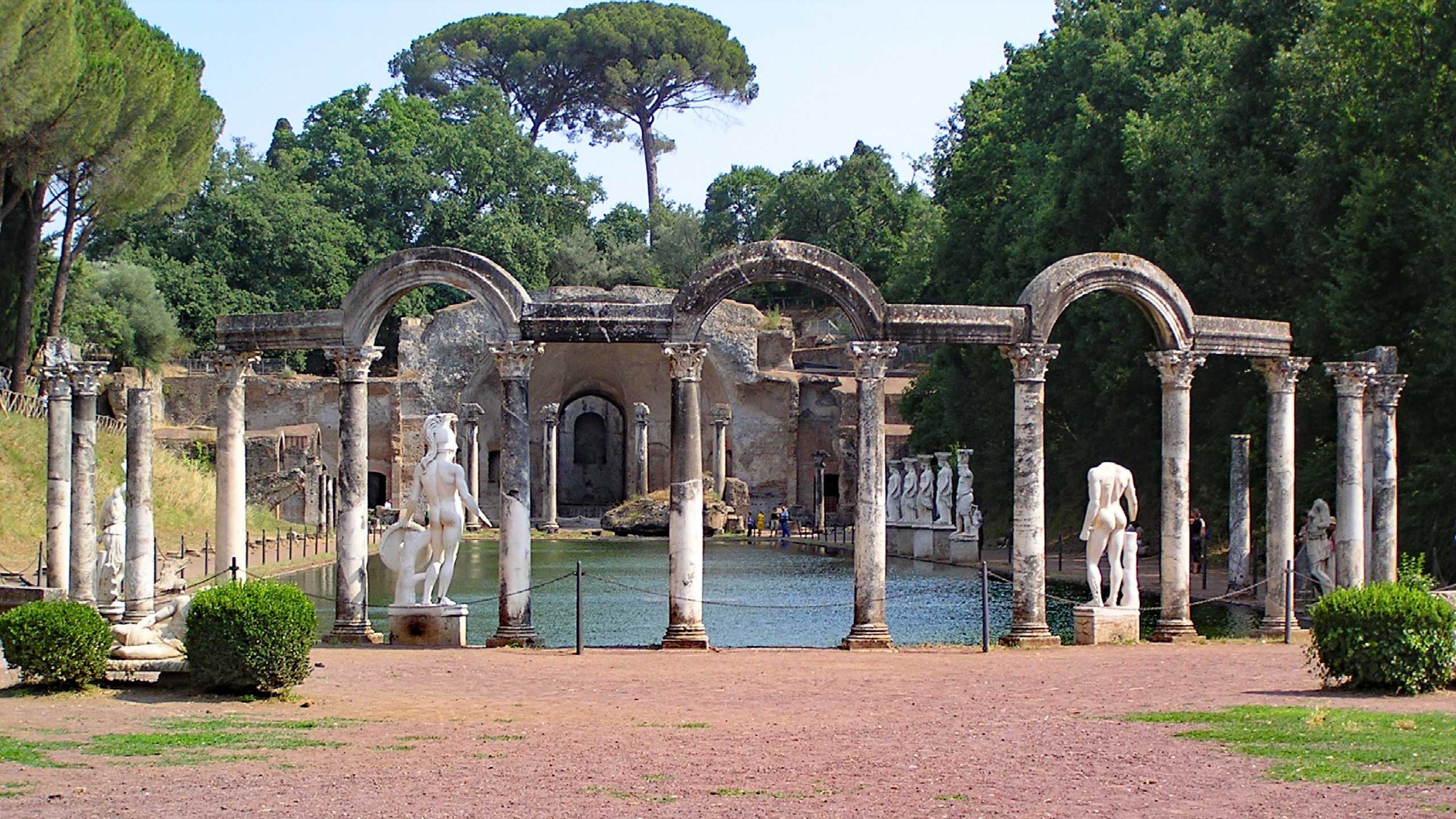 Discovering Lazio: a tour of Villa Adriana in Tivoli, UNESCO World Heritage Site
Acknowledged, as already mentioned, as a UNESCO World Heritage Site in 1999, Villa Adriana in Tivoli is mentioned in history books and tourist guides to be the largest residence that ever belonged to a Roman emperor.
Strongly desired by emperor Hadrian, from whom it took its name, the building consists of a series of interconnected structures, each one with a very specific function at the time: the exedras are still present and recognizable, the nymphaeum stadium, the building with a fish pond, the quadrangle portico, the small baths, the vestibule and the pavilion of the praetorium.
The undergrounds, still intact and open to the public, consist of a series of tunnels that connected and still connect every part of the building. If at the time they were a potential way out from a possible danger for the Emperor and his family, today these underground passages share history and emotions.
Going through these dungeons, imagine you were there, at the time of the Emperor Hadrian, to hear the talks among the Roman nobles, to be part of an era that even if it is passed, it existed and still lives thanks to these places and buildings that resisted bombing, weather and innovation over time.
At this point in the guide you will certainly be wondering: but what to see in Villa Adriana?

What to see in Villa Adriana
Below, we suggest some of the parts of Villa Adriana not to be missed.
First and foremost, the Maritime Temple: the circular building, surrounded by water as if it stood on an island, could only be reached by swimming or by turning bridges. This was the place where Emperor Hadrian used to cut down some time for himself and his reflections.
A special mention must also be given to the Pecile and the Canopus, two structures that Emperor Hadrian strongly wanted to reproduce as they had really fascinated him during his journeys.
The Pecile is nothing but a monumental portico with a large swimming pool, inspired by the Stoà Poikile of Athens, whereas the Canopus is a water basin surrounded by statues: the Emperor wanted to recall the flow of the Nile River from Alexandria.
Between the Pecile and the Maritime Temple, there is the Room of the philosophers, another very important place of the residence: covered by red marble to evoke the power of the emperor, this room was the place where important meetings took place among the Emperor and his advisers or guests.
Also the Imperial Palace, with its Golden Square, the Hall of the Doric Pillars, and the Winter Palace, characterized by an external veranda with a great view where the emperor and his family used to do banquets are really imposing and prestigious.

Timetable and prices to visit Villa Adriana
Depending on the period you are in Tivoli to visit the magnificent Villa Adriana, we suggest you to find out more about the opening hours of the site, cause it changes according to seasons. Generally, opening is at 9 am and closing at 5 or 7 pm, depending on the hours of light available.
You can call the archaeological secretariat and book a guided tour of Villa Adriana: we absolutely recommend it to fully immerse yourself in this experience and discover all the details of a building that didn't make history... it IS history.
During the summer season, very suggestive events or night visits often take place: if you are in Lazio during this period, take a look at the events on the calendar.
The ticket price is not very expensive, if you think it gives you access to a UNESCO heritage site. Here you are the costs:
Full-price ticket € 8.00
- Reduced ticket €. 4.00 (18 to 25 years, for citizens of the European Union)

Moreover, Villa Adriana is open and can be visited free of charge every first Sunday of the month, from October to March, and for citizens under 18 of the European Union and non-EU citizens.