Discover Rome: A tour of the Palatine Museum to discover the magnificence of the Roman Emperors buildings

The Palatine Museum is also known as the Palatine Antiquarium. This is a museum situated on the Palatine Hill, from which it takes its name. It was founded in the second half of the nineteenth century, and it houses a large collection of sculptures, several archaeological artefacts directly discovered on the hill and many frescoes.

The Palatine Museum: an historical look
What you can currently see does is the second version of the Antiquarium of the Palatine. The first was created by Pietro Rosa in the second half of the 19th century. The Museum was built on the ground floor of a building previously built by the Farnese family. It housed many objects found thanks to the efforts of Napoleon III. However, the first version of the Palatine Museum did not have a long life as the building was demolished by Rodolfo Lanciani to connect the area of the Palatine Hill in the Roman Forum. During this particular period of history, the various collections were moved to another Museum, the one of Diocletian Baths and Gherardo Ghirardini was in charge of registering all the objects in order not to miss anything.
The restitution took place only in the 19th century, by initiative of Alfonso Bartoli, an archaeologist who attended to perform excavations in the area, in the 30s. Thanks to him, we have the findings of numerous artefacts brought to light directly by the Domus Augustana. Currently, all the objects are in the Museo Palatino are somehow related to the history of this peculiar place. Nowadays, the museum operates under the supervision of the Superintendence of archaeological heritage, which provides access to a wide range of artistic objects some of which date back even to the Imperial age (and many other dating back to Late Antiquity).

The collection on the ground floor
The building itself consists in two floors, each one with four rooms. The ground floor is completely dedicated to the history of the Republican era, and the first floor includes numerous objects dating back to the history of the Empire. The ground floor includes several rooms mainly focusing on ancient history, starting from the Lower Palaeolithic, to the Middle and Upper Palaeolithic. Here, there is also what can be considered a rare and unique discovery: objects of a village dating back to the 8th century B.C.; there are several local manufacturing tools. There are also some models of huts and even a childhood tomb dating back to the seventh century B.C.
Thanks to the several recent discoveries, then, the collection is rapidly expanding. In the forth room on the ground floor, there are objects from the Republican and archaic age. Among the exclusive and unique in their kind artefacts there you will see the altar dating back to the time of Silla, dedicated to a goddess or a god. The formula "to a god or a goddess" was made to hide the enemies the real name of the god the altar was dedicated to. Many antefixes made in a particular type of polychrome terracotta are also exhibited here: they date back to different periods and represent Apollo, Jupiter and Juno Sospita. 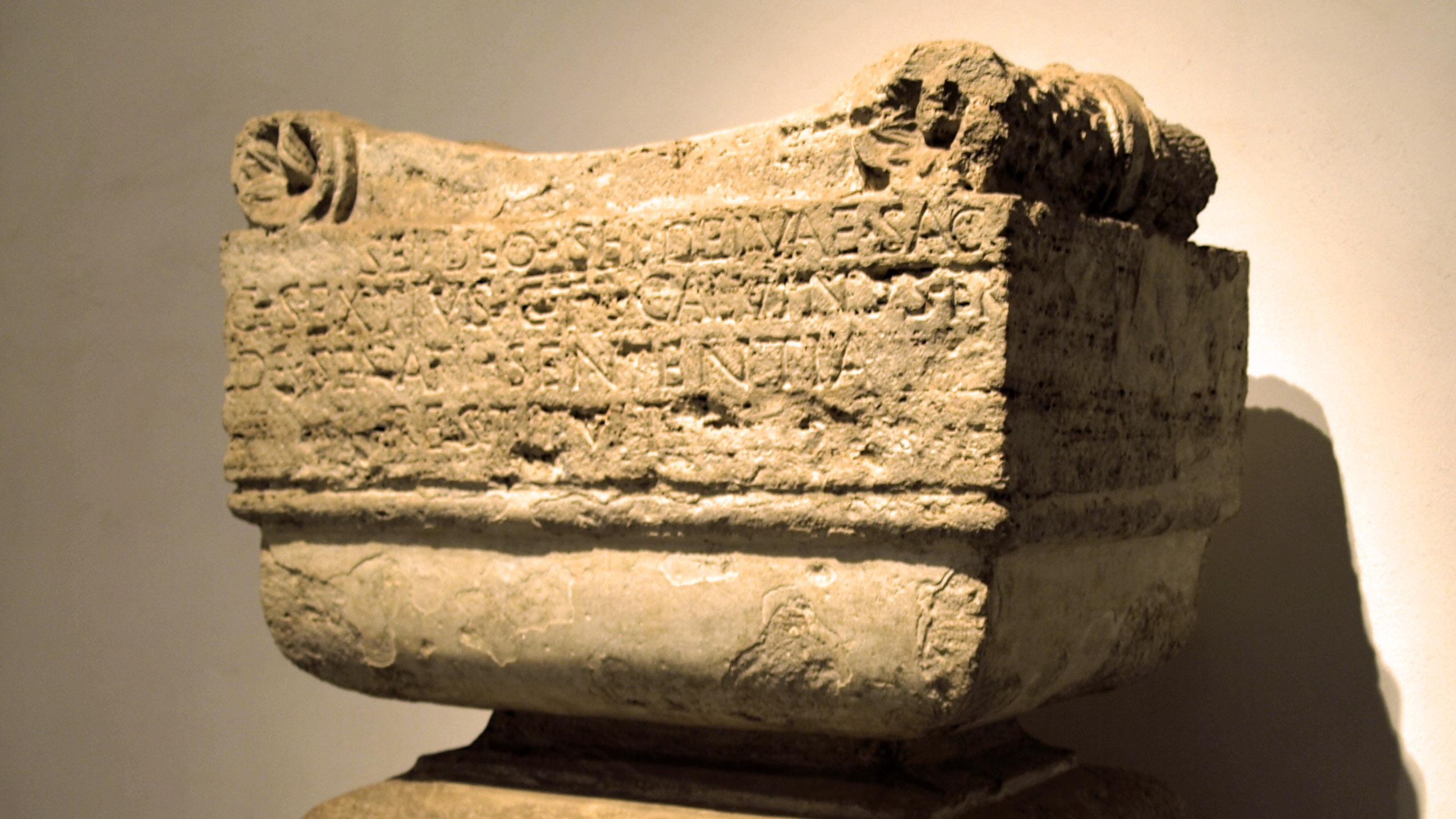 The first floor
On the first floor, you can find a beautiful graffito brought to Rome by Alexamenos, dating back to the 3rd century. It represents a crucified donkey, with "Alexamenos worships God" written below. According to some evidences, this drawing should represent a Roman citizen converted to Christianity. In the fifth room, instead, you can admire numerous works dating back to the time of Emperor Augustus; in detail, there is a statue of the eclectic god Hermes created by the Greek sculptors Polyclitus and Lysippus.
These are also a bronze statue representing a victorious athlete. It is said this statue was commissioned by Emperor Octavian shortly after the battle of Actium, and it testifies the interest for Classic style typical of that era. Here you can see the peculiar antefixes and low-reliefs plaques testifying the use of terracotta by the Etruscans and they mainly describe the artistic use very evolved already at the time. There is also a fresco discovered in 1950, during the diggings of the Scalae Caci: it represents the God Apollo crowned from a plant of bay. He seats on a throne, near the omphalos, with a harp in his hand. In the sixth room, there are decorations and many paintings in the traditional Opus Sectile style. All these works of art are from the Domus Transitoria, built by the Emperor Nero, and then covered by the most famous Domus Flavia. The seventh and eighth rooms, however, group a wide range of works starting from the age of Julius-Claudius to tell the history of Rome till the Tetrarchy.
Among these works, there are numerous portraits of various Roman emperors, including that of Nero, Hadrian and Marcus Aurelius. as well as well as other portraits, such as Agrippina the young and Antoninus Pius. Even today, these portraits are causing much debate and controversy, but above all they represent objects of significant historical and artistic interest. Finally, there is also a 9th room, actually a long tunnel. It houses copies of famous Greek statues, Roman copies from the imperial palaces of the Palatine.

The legends of the Palatine Museum
According to the legend, just near the Palatine Hill, Romolo drew a square plan of the city directly on the hill, just before being killed by Remus. In this way, he founded the city and today many historians agree about the city has expanded just starting from the Palatine hill. The latter is actually one of the most central of the 7 hills of Rome.