Visit Frascati: A tour of the wonderful residences in Frascati

Frascati is a pretty town with an agricultural-commercial economy since ancient times, thanks to its position in an area of wine production. Its name derives from the fact the residents of the nearby the town of Tuscolo, after the destruction of their houses in 1191, settled in this area, living in huts, "in frascata". In the Renaissance, it became an important holiday resort thanks to the salubriousness of the air and many residences were built there - the most important ones around Rome -, generally called "Ville Tuscolane". Frascati was the first town to be connected to Rome by the railway in 1857. In the area of Frascati, there are 12 villas, almost all well preserved and restored after the Second World War. In some cases, they host universities, schools, institutions or large hotels. A tour of these residences can be a particularly interesting excursion. 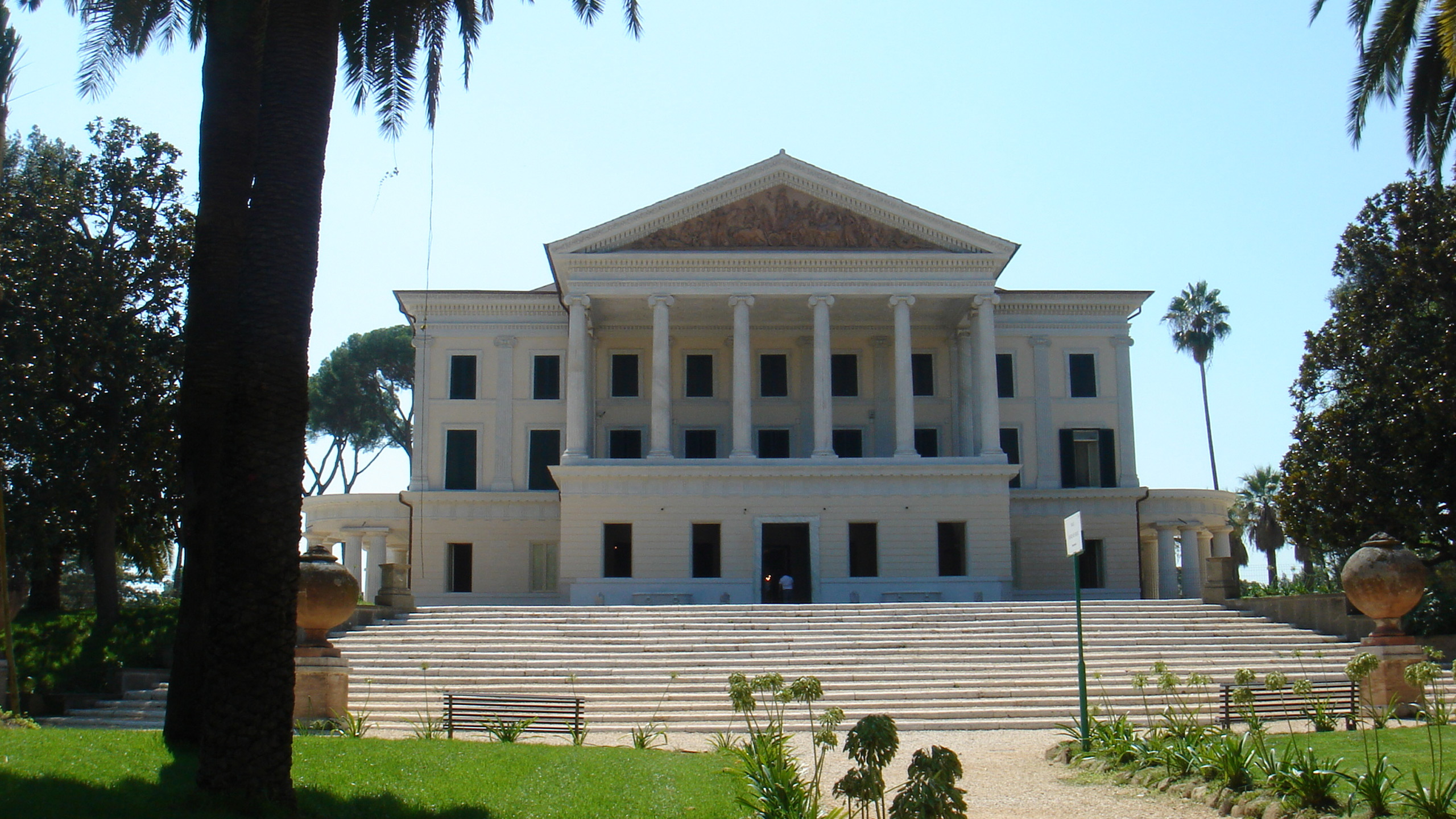 Villa Falconieri - la Rufina
The first modern residence in Tuscolo was built under the pontificate of Pope Paul III for Alessandro Rufini, the Pope's waiter, on the foundations of a Roman building. The architect was Nanni di Baccio Bigio, the same who built Villa Medici in Rome. The residence appeared as a fortified building with a square plan, with four corner towers that closed the portico on the façade. Towards the valley, with a view of Rome, there was a lodge with columns. Among the friezes belonging to the ancient decorations mythological scenes in three small rooms - including the Unicorno dei Farnese - can still be admired. The history of Frascati between the 16th and 18th centuries it is completely discovered Villa Rufina, today showing the Baroque style Borromini gave it.
In the early 1600s, it actually became property of the Falconieri family who made a total renovation of the building and the decorations. The changes concerned the opening of a large exedra on the upper floor, whereas the frontal part between the two sixteenth-century bodies underwent no modifications. The new part - 90 metres long - was lightened by a double row of blind arches. In the room of the Spring, there is a garden painted on the walls, from the floor to the ceiling, whereas on one side there is a valley with temples and ruins. Borromini had planned a fountain in the middle of the room, as to create a sort of internal garden. The Summer Room has a vault decorated by fake stuccoes around the central themes, the Homage to Ceres and the Homage to Venus.
At the beginning of the eighteenth century, the interior decorations were entrusted to Pier Leone Ghezzi who dedicated himself to the representation of familiar scenes; the society of the time actually use to find refuge in Frascati to get away from the mundanity of Rome, so the paintings represented this life approach, with family portraits of common life. Villa Falconieri changed its owner several times until 1905, when it was bought by Baron Mendelssohn becoming the favourite destination of many German people. At the outbreak of the First World War, it became property of the Italian State and, during the Second World War, occupied by the Germans, it suffered heavy damages after the bombings of 1943-44. It was totally restored in 1956, and it is now home of the European Education Centre.

Villa Mondragone
It was built according to a project by Martino Longhi in 1578, commissioned by Cardinal Marco Sirico Altemps to host the pope. The name actually derives from the dragon on the papal coat of arms. It develops on a base creating a panoramic lookout square in front of the building. As it was built on a hill, it is on three floors, whereas on the top of the hill you have direct access to the main floor. The two towers enclose a secret lodge next to the then Pope's apartments, and a common lodge on the back court. The gardens are located on degrading terraces and the architect built a small palace upstream of the main building, for his eleven-year-old son of Altemps, in occasion of his wedding with the fourteen-year-old Cornelia Orsini. It was then incorporated into the subsequent restructuring by the Borghese family. Thanks to the powers he received by the pope, the cardinal bought the feuds of Monte Porzio and Montecompatri, creating almost a small state so that Mondragone became the meeting place of the papal court; it's from there he issued the reform bull of the Julian calendar (1582).
At the beginning of the 1600s, the residence was bought by Scipione Borghese. The earthquake of 1806 signed its end, until the restructuring by Marcantonio Borghese (1850). Until the middle of 1980, it hosted a college of Jesuit fathers and it currently is the seat of the Tor Vergata University, where events and congresses take place. To get there, you can use the underground - line A - to Anagnina, and then take the Cotral bus towards Rocca Priora-Monteporzio. By car, drive along the GRA towards the A1 Rome-Naples motorway and exit at Monte Porzio Catone.

Villa Aldobrandini
It is the most original and sumptuous of the Tuscolo residences, designed by Giacomo della Porta, for cardinal Pietro Aldobrandini. Built in 1600, in lieu of a country house called Belvedere, it was internally decorated by Cavalier d'Arpino. The realization was inspired by Villa d'Este in Tivoli, to overcome the slope of the hill, with terracing around the central axis.
In 1604, all the surrounding waters were channelled to feed the Teatro delle Acque, created by Carlo Maderno. The Nymphaeum of Villa Aldobrandini was the largest of those built up to then, and it was placed against the slope of the hill, just in front of the southern facade of the residence. A stair collects the water into the central recess creating a waterfall. All the decorations represent a celebration of the cardinal and his abilities. The residence still belongs to the Aldobrandini family: they allow group visits and vintage lunches upon reservation.

Villa Grazioli
It was built for cardinal Antonio Carafa, Vatican librarian and friend of Pope Gregory XIII, and it recalls the structure of the residences built in the Frascati area at the end of 1500. It stands on a cross-shaped base whose northern facade is in front of the plain, whereas the south one gives direct access to the main floor. It was lately decorated from 1605 to 1737.
At the end of 1700, it passed under the ownership of Baldassarre Odescalchi who built a new gallery on the southern portico, decorated by Paolo Panini representing the Seasons, the Elements and the Continents. The Italian garden is an important part that makes the residence even more beautiful. It is currently site of an elegant hotel-restaurant, and it can be visited upon appointment. Other noteworthy Tuscolo residences are Villa Tuscolana, Villa Sora, Villa Sciarra, Villa Vecchia and Villa Lancellotti and the gardens of Villa Torlonia, now municipal gardens.