Street food was born in Rome! Since the ancient times, street vendors have always been offering great food

Well yes, street food was born in Rome. In the ancient Rome, eating street food was a very common habit, more than nowadays. Eating outside was absolutely normal for the Imperial citizens.
Rome was one of the largest cities in the world in 300 A.D., with its millions of inhabitants, with other 50 million of people under its control.
All those people needed food, many of them didn't have the kitchen at home, and the room was reaching visitors from all over the Peninsula and the colonies.

Roman people of the time used to eat what they called thermopoliaopopinae or cauponae, what we today call "trattorie", the typical Roman restaurants. They often used to eat without getting seated, tasting soups, meat, especially pork, and fish. Many fine foods were available too, such as oysters, absolutely farm-to-table.
But the invention of the stands selling food you can eat along the street has always been trendy in Italy, especially in Rome, and so it is nowadays. During the last years, thanks to the interest for typical products, influenced it by the food TV programs - the most famous one is chef Rubio's, about Italian street food -, street food has become even more trendy. During the ancient Roman times, Roman people liked foods no more in our menus, such as the salted fish sauce - and somebody could say "fortunately". Let’s have a look on the most typical dishes you can taste walking around the Eternal City nowadays. 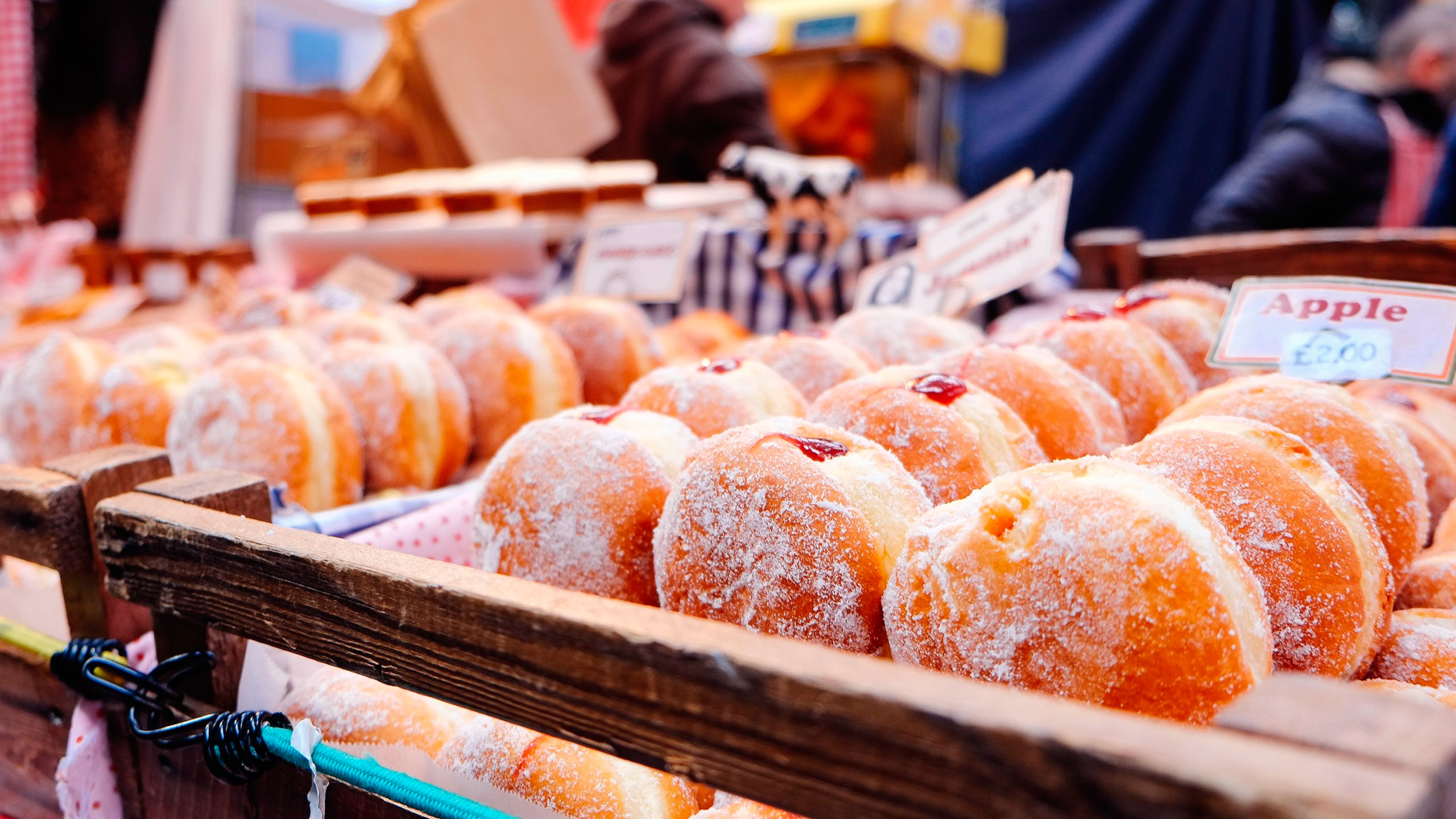 Supplì
It probably is the king of the Roman street food, remote relative of the Sicilian "arancino": it is made of boiled rice, seasoned with tomato sauce and Pecorino cheese. It is filled in with mozzarella cheese, covered by grated bread, and finally fried. In the dough, many ingredients can be added, such as peas, bacon, mushrooms or chicory, according to the chef creativity. Along the beaches, it is usual to fill it in with fish. The word "supplì" actually comes from the French term surprise, because you have to discover it contains a surprise. You will find them in some specific places, but also in pizzeria and other restaurants.

Pizza and “mortazza”
You will find it in all the bakeries of the city, as it is one of the most eaten street foods in Rome. Crunchy and tasty, according to tradition, it has to contain at least 3 thin slices of Mortadella, a typical Italian salami. It is a thin white pizza filled in with Mortadella, and its origin probably took place in the bakeries, when they used to put this thing dough in the oven to test its temperature. And, as you don't have to throw anything away in the kitchen, they started filling it with Mortadella, but also with some vegetables, becoming one of the symbols of the Roman food.

Sandwich and Porchetta
This is a food you will find everywhere; usually filled in with porchetta from Ariccia, as it obtainwed the title of PGI, in 2011. It is put between two bread slices, or in the famous filled in "ciriola". If you seem a shop named "cirioleria", you know what it is: the one selling the typical bread, you can't miss to taste. Since the 50s, every year the famous Porchetta festival takes place, in Ariccia.

Coppiette
Typical Roman entree, but perfect street food, too the Coppiette are from the Castelli area, but they are available also in the region of Ciociaria; the tradition says they have to be made of horse meat, but you can finally found them made of beef and pork, too. It is lean meat, dried and seasoned with chili pepper, fennel seeds, garlic, rosemary, and white wine. It was born by the hosts smartness: they used to serve it to increase thirst, and let their guests order more drinks. They are about 15 cm long, and very thin. It is a perfect snack you can taste drinking a wine glass, or a refreshing beer.

Fried Cod
It difficult to find it along the streets, but you will be able to taste it in almost all the typical restaurants and pizzerias in Rome, and despite it is usually considered a Christmas food, you will find it all over the year. Taste it hot, as an entree, or a crunchy snack. The secret is in the "pastella" - dough - every chef has its secret one. Made with or without eggs, brewer’s yeast or cold water: you will be the one to choose the best one.

Maritozzo
The "Maritozzo" served with cream is the typical street dessert in Rome. The recipe is very simple: it's just filled in with cream or custard. There are different types of fillings, such as chocolate, pine nuts, raisin, but also cod. Every year they celebrate the Maritozzo day, and Roman chefs experiment new combinations, sometimes even strange once, but you know, cooking means making experiments.

Street food on wheels
We have told you the most famous and traditional foods of the Roman street food, you can taste as entree, aperitif, or snack, but you will not find just tradition in Rome, a modern and evolutionary city, dedicated to food and wine, too. Every day new ideas come out, often becoming successful. You will see old “Ape Car” going around the city, restyled as street food restaurants, offering you sandwiches with Porchetta and any kind of pizza, hamburger, sandwiches with sea urchins, the famous "crocchette", "gnocchi alla carbonara", pasta and "cicerchie", and ravioli with cod.
Several vendors propose also food from other Italian regions, "arancini" and Sicilian "cannoli", "panzerotti" from Puglia, and "piadine" from Emilia Romagna.

A street food festival you can't miss
Every year Rome hosts the Food Truck Festival, a manifestation about street food on wheels from all over Italy and Europe. On May, another peculiar festival takes place: Gnam. They will be stands selling food from all over the world and Italy. Both the manifestations have a free entrance.
Don’t forget to taste the good Lazio wine, homemade beers, perfect to be drunk with the tasty street food of the Italian capital.