Francesco Borromini was one of the main architects in Rome, in the first half of the 17th century. Born near Bissone, a village in the Canton Ticino, in Switzerland, before his 10th birthday he was sent to Milan by his father, to do an apprenticeship. In the following years, Borromini - surname with which he signed his works, even if he was called Francesco Castelli - moved to Rome, where he managed to become one of the reference points in his field, in a short time. Before becoming a real architect, Borromini continued training at the side of Leone Garove and Carlo Maderno.
During the creation of Palazzo Barberini, he worked with Gian Lorenzo Bernini, with whom he established a following cooperation very important from both the artistic and personal perspective. It was Bernini himself who determined the designation of Borromini as architect at La Sapienza. From there, the legend of the architect Borromini began, one of the leading exponents of the Baroque architecture, although before receiving the official investiture the young artist native of Bissone had the time to sign one of the masterpieces of art in Rome: the canopy of Saint Peter.

The canopy of Saint Peter
Saint Peter's canopy can be considered the first work Francesco Borromini actively realised as main character and not mere apprentice, as it had been in the years before the successful artistic partnership with Gian Lorenzo Bernini. Located inside the Basilica di San Pietro, Rome's symbol and benchmark of the Christian world, the canopy of Saint Peter today is the most important bronze work of the Roman Baroque sculpture. Although it is famous in history as a work by Bernini, the participation of Borromini in the spirals of the columns of the canopy itself is evident. In a short time, the genius of Borromini pervaded Rome by numerous creations, today still admired by millions of tourists visiting the Italian capital. 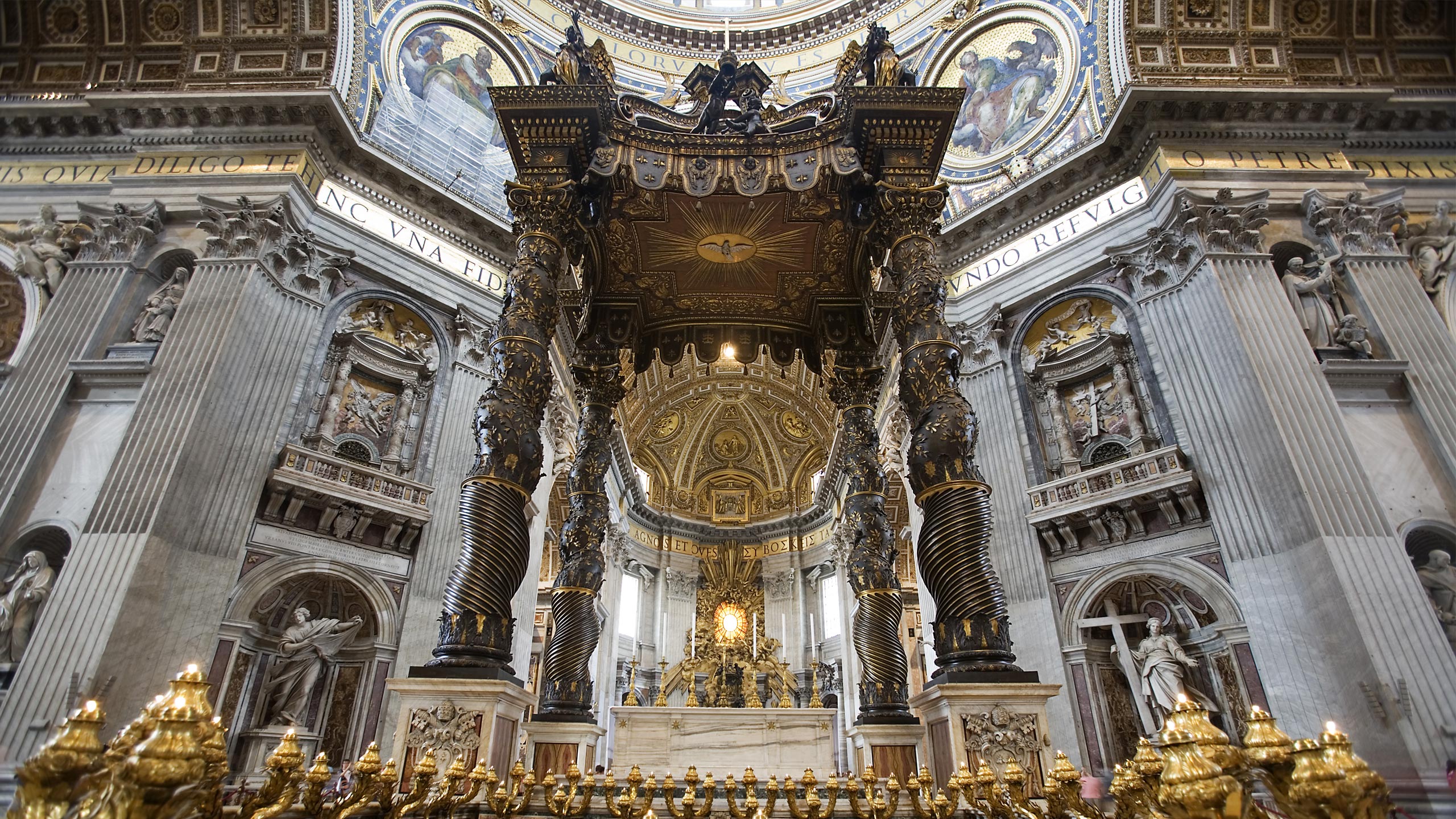 The artistic splendour during the pontificate of Pope Innocent X
The climb to the papacy of Innocent X after Urban VIII was the oblivion of the Barberini family and of Bernini, while Borromini's quotations increasingly took strength, by the numerous occasions during the papacy of Innocent X. During this period, the architect from Bissone designed many works then never realised, including a fountain and a mansion in the famous Piazza Navona. Not only that, Borromini studied the renovation of the basilica of San Giovanni in Laterano, the cathedral of the diocese of Rome and the oldest of the old continent. Specifically, Francesco Borromini significantly participate in the works of Palazzo Propaganda Fide, where there were some works already made by his rival, Gian Lorenzo Bernini, who lived right in front of Palazzo Propaganda Fide. The latter were destroyed and replaced by the chapel of the Re Magi, by decision of the architect, thanks to the new papal court support. The interior of the chapel is today ironically populated by paintings made for the chapel of Bernini, relocated there after the death of Borromini. 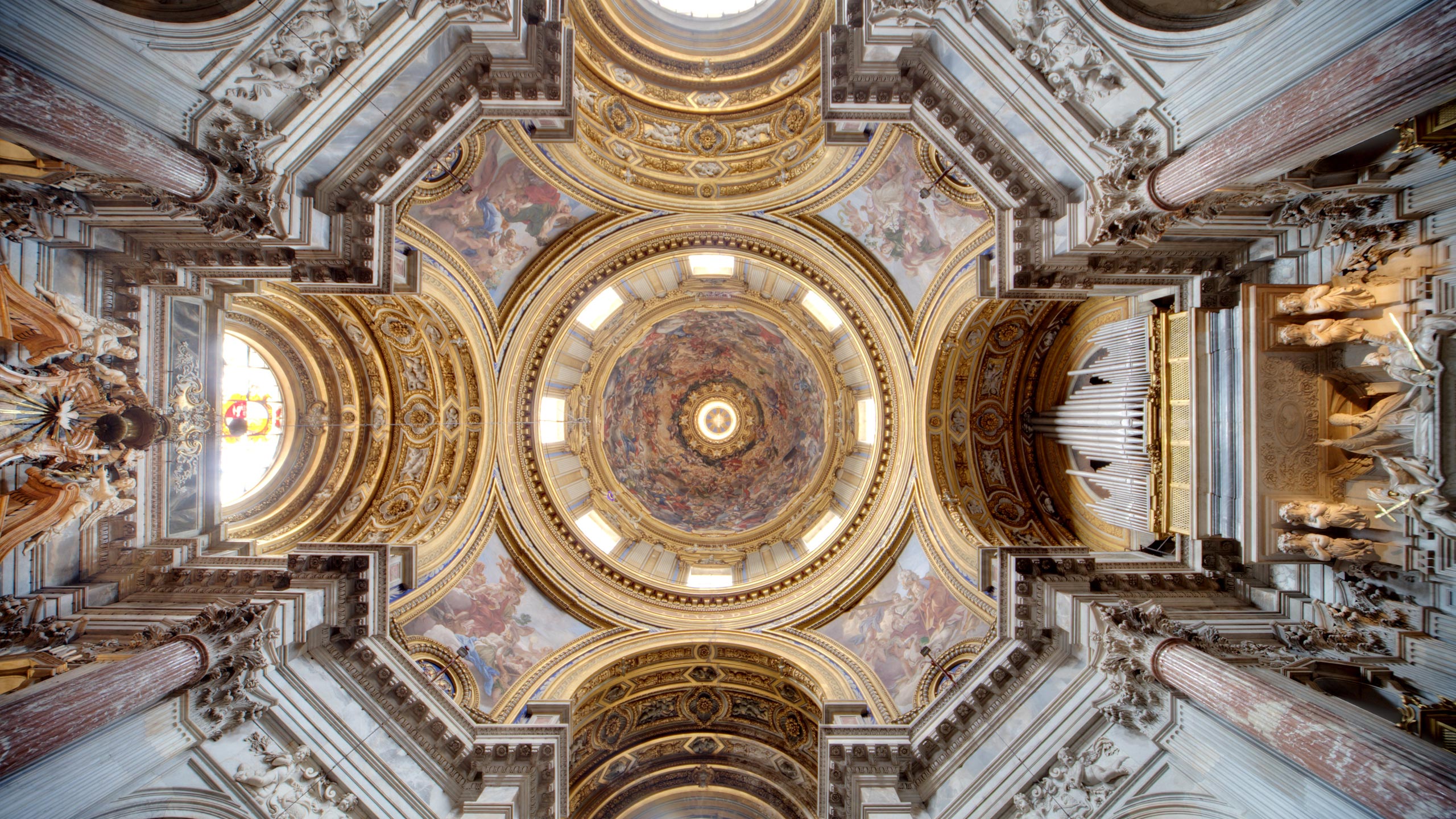 At Palazzo Propaganda Fide, Borromini was also involved in the realization of a spectacular facade, considered by the experts the most beautiful ever realized by the architect and now catalogable as Baroque art, with Francesco Borromini one of the greatest exponents. Finally, the artist originally from a village in the Canton Ticino completed the Church of Sant'Agnese in Agone, completely changing the previous architectural plan by Carlo and Girolamo Rinaldi. What today everyone admires is the dome of the building in Piazza Navona, the work whom Borromini gave a deeply vertical aspect, as designed by the previous artists he succeeded to. This was one of the last works Francesco Borromini took part to, before falling to misfortune after the death of Pope Innocent X and the arrival of Pope Alexander VII, who marked the return of Bernini.