Borgo Pio is situated a few steps from Basilica di San Pietro, in the Vatican City, and it is one of the most typical districts of the Vatican mediaeval Rome.
It is characterized by luxurious buildings of the time, and good restaurants, where you can taste the typical food of the capital of Italy.

The birth of Borgo Pio
Borgo Pio, called by the Roman people "borgo", was commissioned by Pope Pio IV, reason why it took this name. The Pope wasn't able to see the final work, completed by Pope Gregorio XIII, as evidenced by an inscription found on St. Anna dei Palafrenieri church, actually destroyed. Everything took place in the second half of the sixteenth century, by the two architects Sebastiano Varo and Paolo Bubalo. The purpose was to re-qualify the area around the Vatican Basilica, to make it healthier, as well as the river floods were very common.
In 1936, a few years after the Lateran Treaty, agreed between Mussolini and Pope Pio IX, in 1929, a part of the district was completely demolished, to create Via della Conciliazione. The name of the street was not a casualty, but a clear will of celebrating the treaty, after years of tension.
The demolished area was called Spina di Borgo, because it had the shape of a wedge, and it was characterised by little streets reaching St. Peter's Square and the Basilica. The citizens, who lived there, currently talk about it as an incredible scenic surprise, because of the wonderful beauty you could suddenly see. The Spina di Borgo was demolished within a year, and a large street connecting the Basilica to Castel Sant'Angelo, symbol of the Imperial Rome was built.
Borgo Pio is now an almost exclusively pedestrian street, inhabited by people working in the Vatican City and a few other residents.

Places of interest in Borgo Pio
Even if this district has been changing, it has interesting places you can visit, such as typical restaurants and shops, selling souvenirs - usually religious ones.
Borgo Pio is situated between Porta Castello and Via di Porta Angelica.
One of the attractions of this district is the famous Passetto, the passage along the walls Pope Leone IV ordered to build during 848- 852 AD. He had to protect the Vatican from the attacks arriving from the Tiber. For this reason, the area inside the walls got the name of "Città Leonina", as the district itself. The Passetto is known because it was the escape route in case the Pope was in danger. The walkway directly leads to the fortress of Castel Sant'Angelo, and it was used to transfer secret prisoners.
Another feature of the district is the presence of aedicules representing the holy Mary with the child. It is said many of them cried and moved their eyes when the French people arrived, attacking Rome and the Vatican.
The area has always been rich in fountains and water sources, still there nowadays. The one named Catalone is situated in the square with the same name, and it is similar to an aedicule, made of bricks and travertine.
On the top, where is the Pope coat of arms, because Pope Pio IX ordered to build it, after the works on the Acqua Marcia aqueduct. It was finally named Acqua Pia, because its source was in the heart of the district. 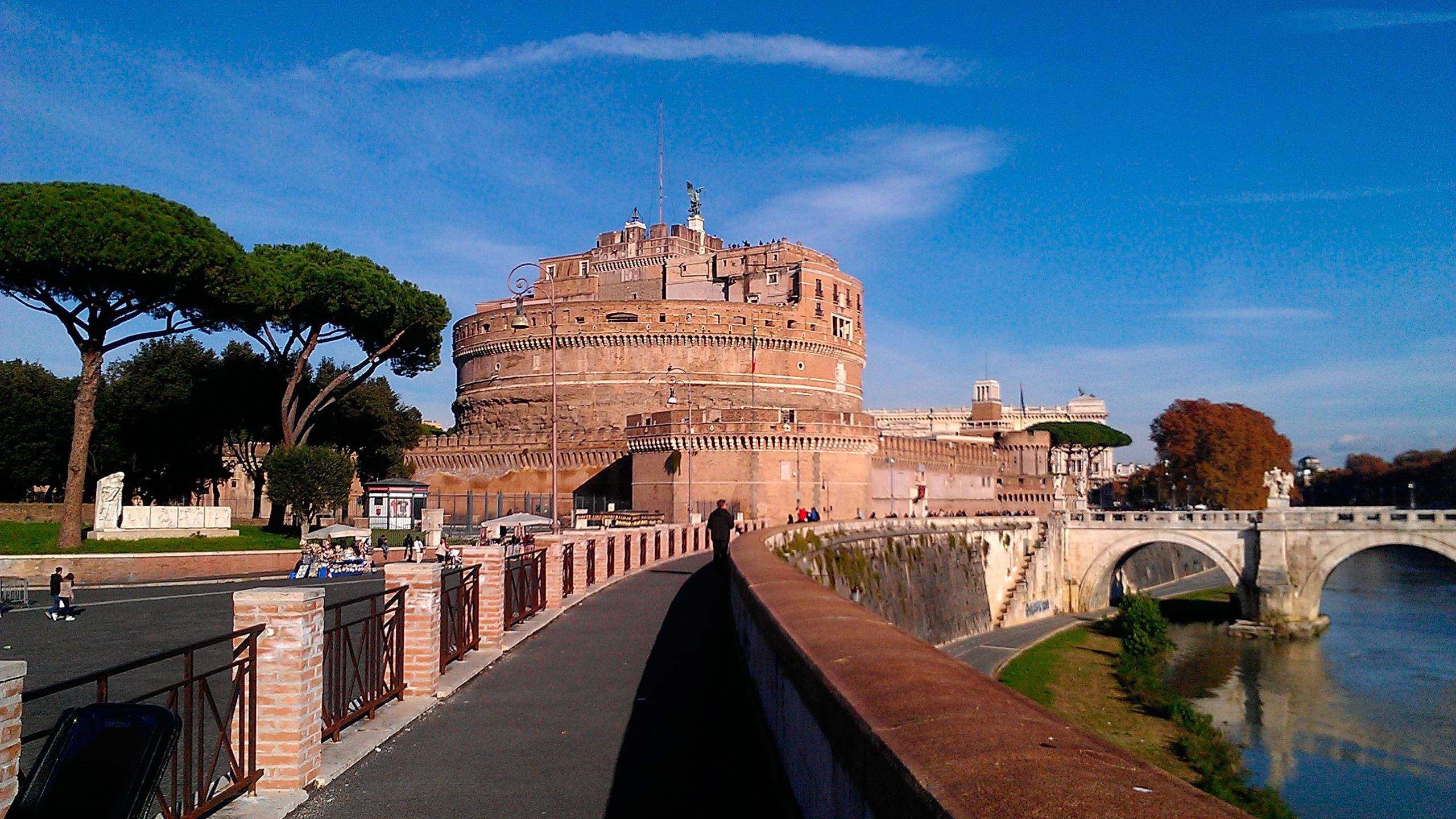 The religious buildings in Borgo Pio
In addition to the Basilica, Borgo Pio is a place where two discover unknown churches, however beautiful.
One of them is the church of Santo Spirito in Sassia, built in the 11th century, and become a destination for the pilgrims coming from the Wessex. Today, it is directly connected to the Santo Spirito hospital, the most ancient one in Rome, still preserving some mediaeval works of art. The church of Santa Maria Annunziata has a very peculiar story, and it is situated in front of the previous one.
The style apparently seems to date back to the 18th century, but it was built in 1950. It is a faithful copy of the original one, demolished 10 years before. The members of the Arciconfraternita di Santo Spirito - an Association of believers - pretended to have with the same church back, in another location, and so it was.

The Buildings in Borgo Pio
Borgo Pio is a typical mediaeval district, but you can find also more ancient buildings, as it got inhabited since the 16th century karma because of the build of the great Roman Basilica. It so started attracting merchants from the areas around Rome.
You can't miss to visit the Palazzo del Commendatore, were the custodian of the hospital lived, dating back to 16th century, and characterized by an austere facade, marble columns, and some arches. It is the only one acceptable area for visitors, together with the Museo Storico Nazionale dell'Arte Sanitaria, and the library, part of the Accademia Lancisiana.
The building currently hosts the officers of the hospital, and many other places are now administrative offices, so the number of inhabitants of the area has decreased during the last years.
There are a lot of typical restaurants, where you can taste the Roman food, or heading up fast meal, eating pizza, sandwiches, and street food,