30.000 visitors every day walk along more than seven kilometres in the Vatican Museums

The Ministry figures are clear: every day, about thirty thousand tourists and visitors arrive in the Eternal City and walk along the richest seven kilometres of art, culture and history they will ever see – the Musei Vaticani, famous all over the world for their prestige and power.
What about their history, and what does attract so many pilgrims from all over the world?

From the collections to the museums: the origins of the Vatican Museums
You know, the two questions depend are strictly connected, as well as their answers.
The story of the Vatican Museum doesn’t start by the built of one – maybe more than one – of the most majestic architectural works catching us, as many people believe, but it was born by some Classic sculpture collections. 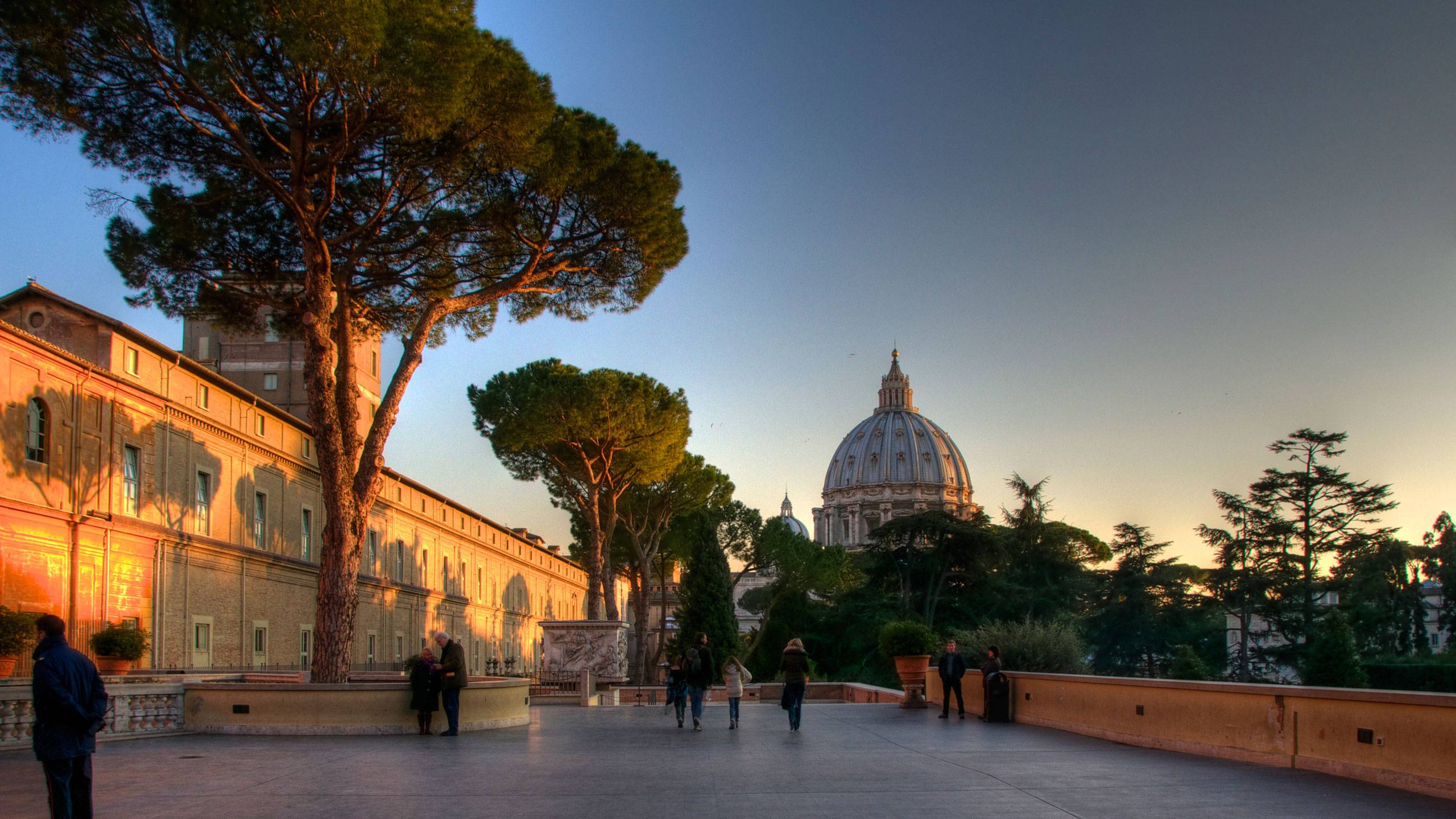 It’s easy to know where they came from: they were part of the Roman Popes’ inheritance, as they were considered the legitimate heirs of the ancient Roman history. The monuments and the works of the Roman civilization were preserved by the Popes to witness the Christianity superiority better than any written evidence about the pagan rituals, and to protect and enhance them as symbols of the papacy splendour and magnificence.

Those first collections were situated in the Cortile delle Statue - better known as the current name Cortile Ottagono, site and original centre of the Vatican Museums - in 1506; Pope Giulio II della Rovere ordered to create a spectacular collection of Classic sculptures, among which the Apollo del Belvedere and the Laocoon are the most famous ones.
Pope Giulio II ordered the decoration of the Stanze di Raffaello, too, as they had to be his residence, so giving birth to the famous Stanze della Segnatura, Stanza di Eliodori, Stanza dell’Incendio di Borgo, Stanza di Costantino and Sala dei Chiaroscuri, even if the latter was ordered by Pope Leone X, inspired by the previous ones.

Pope Urbano VIII restored the Galleria delle Carte Geografiche, and ordered the creation of the Chapel with his name, in the Borgia Tower.
In the rich in ideas, thoughts and culture 18th century, with its numerous famous characters and contrasts, the Popes’ museums experienced a deep renovation, getting to their current aspect.

The Museo Pio Clementino dates back the 18th century indeed, site of the most ancient and fascinating Vatican collections; during the 1770, the Cortile Ottagono was built, as a new Antiquarium of statues owned by Giulio II; its strategic position made it the central connection among the new ones Pope Clemente XIV and Pio IV wanted, as it is connected to the Sala degli Animali, the Sala delle Muse, the Sala Rotonda, the Galleria delle Statue, the Sala dei Busti, the Gabinetto delle Maschere, and to the Galleria dei Candelabri.
The input Pope VI gave to the creation of the first group of paintings was very important – there wasn’t a Pinacoteca yet, but there already were 119 precious works in 1790.
Just a few years later, the Museo Chiaramonti was founded - by Pio VII in 1806 – to replace the dispossetion of many works by the French people, according to the Tolentino Agreement nine years before, so filling the room in with works and remains bought by Roman collectors; Antonio Canova gave a great contribution to the enrichment of the room, thanks to the numerous sculptures he recollected after the 1815 Congress of Vienna. 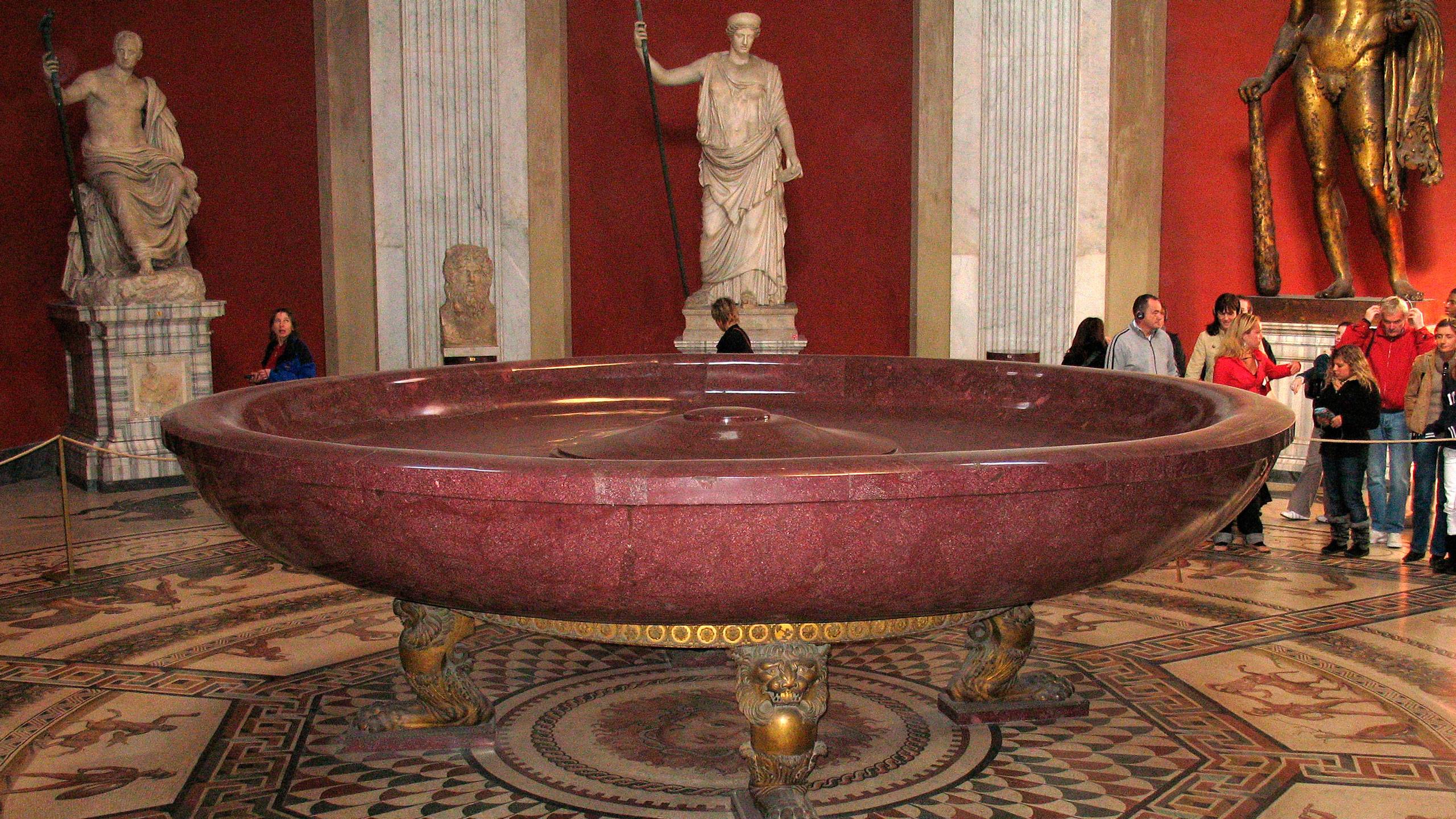 In 1822, the Braccio Nuovo was created, by Raffaele Stern supervision, to locate some other sculptures found; during Gregorio XVI pontificate, three of the biggest museums were created: the Museo Etrusco, in 1837, the Museo Egizio, in 1839, and the Museum Profano Laternanense, in 1844, rich in Roman remains, low-reliefs, statues and mosaics.

In 1854, the Museum Pio Cristiano was created, whose name lets you understand it is dedicated to Christian – and especially Paleo-Christian – art, together with the Lapidario Ebraico - in 1910 – situated in the Palazzo Apostolico del Laterano, hosting the 137 inscriptions found in the so called “catacomb Ebraica di Monteverde”, now stored in the new Sala Giudaica, witnessing the Jewish literary funeral costumes, by its greatness and fullness.

In 1926, during Pope Pio XI pontificate, the Museo Missionatio-Etnologico was created, dedicated to the Asian, African, Oceanic and American arts the missionaries found – it is one of the biggest collections, having more than forty thousand works, even if it is just a little worth of the Pope, as he was the founder of the current Pinacoteca Vaticana, giving a house to all the paintings left somewhere, or just scattered in the numerous rooms.

In 1923, the first restoration laboratory was created in the Vatican buildings.
In the second half of 1900s, the Lateranense collections entered the Musei Vaticani, enriching it, together with the creation of the Museo Missionario-Etnologico – today called Museo Etnologico -, and the inauguration of the Appartamento Borgia Collection of Contemporary Art, characterised by a religious theme.

Just to conclude the historical excursus, we just want to tell you about one of the most important moments of the 1900s art: the restoration of the Sistine Chapel, the Vatican crown gem, started in 1979 and concluded in 1994, by the solemn Mess by pope Wojtyla.

Musei Vaticani: a mix of art and history
When you talk about the Musei Vaticani, you don’t have to think about the basic museum, collecting various works of art, as this conception is reducing and it doesn’t represent the wonderful richness of works in the numerous rooms, neither the five centuries of modern history and art that made it the lighthouse of culture in the world ocean, for an experience everyone envies to Rome.